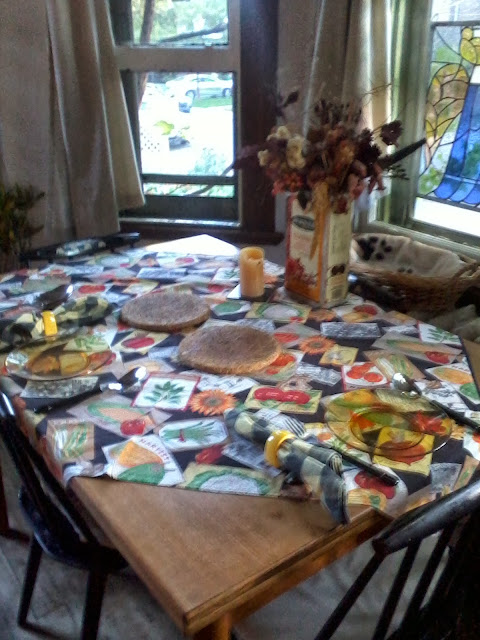 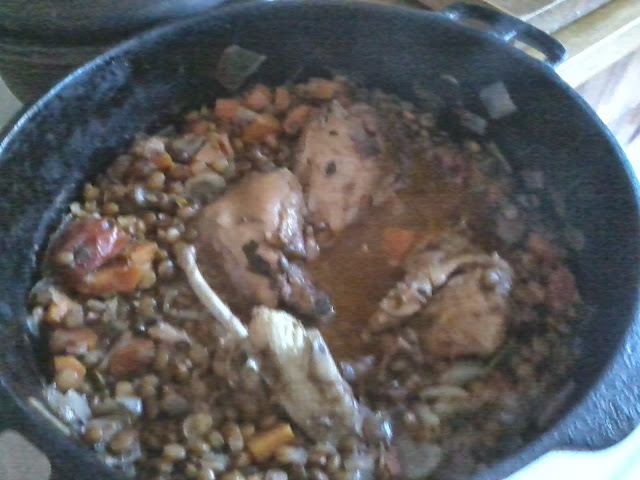 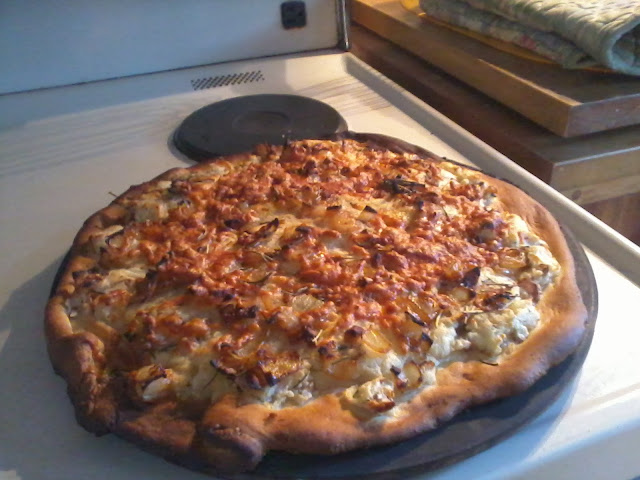 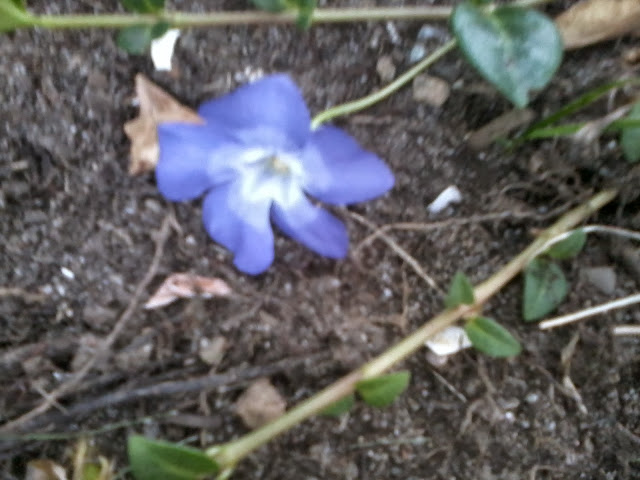 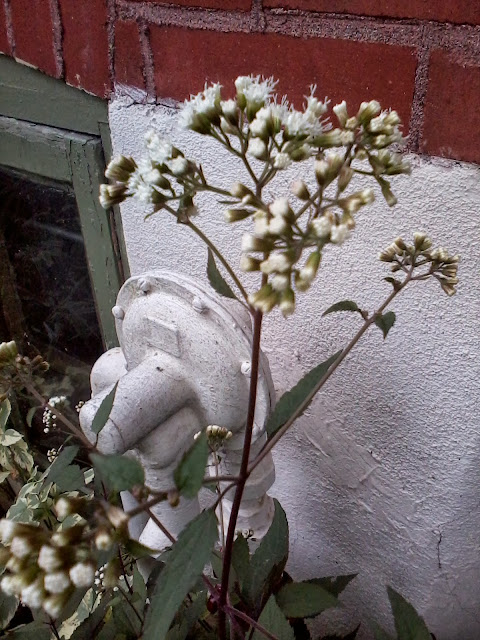 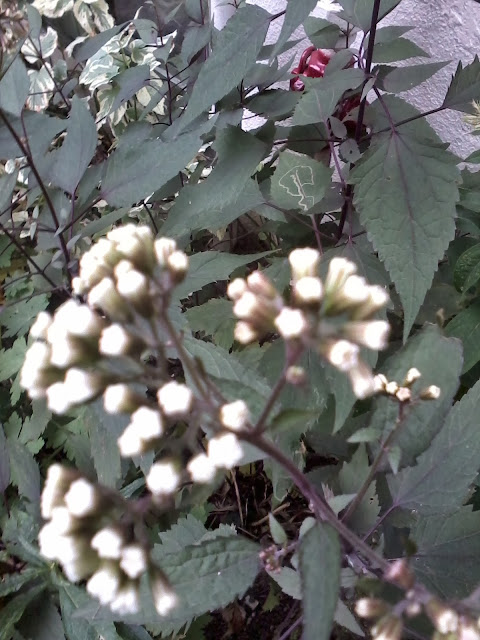 In just two short hours my quiet Saturday Afternoon will erupt into a reprise of the Retreat Week as 16 young adults descend on the house for our Fall Team Gathering!


Plan “B” was put into place early in the week and it looks as if we are ready to rock. Needless to say a goodly portion of the week has been taken up with Team Gathering Prep.  We now have two Team Members ready to share their testimonies, Janice is bringing the Summer slideshow, Jillian came on Wednesday and chose songs, which Jessica has turned into PowerPoint, yesterday I made a large casserole of ratatouille and last evening I set up the buffet table.


Just now big pot of Indian Chai is assembled on the stove, which I will heat up in a while and keep warm on a hot tray.


So you can assume that tomorrow’s Sunday Reflection will most likely be devoted to a synopsis on the evening.


In other Day Camp Program news, we are delighted that Noemie has, once again, agreed to choose all the Music. Singing is a big part of our Program and over the years we have had some truly gifted musicians take on the job of selecting the best songs to fit with each theme. It will be exciting to see what Noemie chooses for "Follow the Leader", especially for the Theme Song, which is sung SO many times throughout the Summer.


During the week Alana and I conducted an email consultation and have decided to include Camper Clues this year. These are Puzzle Pages, based on the stories and can be given to Campers at the end of each day as a “take-home” hand out.


There has also been a fair amount of work around the next issue of Networks, CTM’s e-Newsletter. This “post-Summer” edition will include testimonies and articles from several Team Members as well as content from the other ministries.


On Monday, I had a very pleasant dinner visit with Steven, who has recently taken up a postion as coordinator of the IVCF at McGill. I have met Steven once before, whn his family stayed overnight here. His Mum is Nancy Craig, one of our favourite Day Camp Coordinators ! It was very interesting to hear about Steven’s job on Campus and to explain to him some of the behind-the-scenes work of Day Camps. 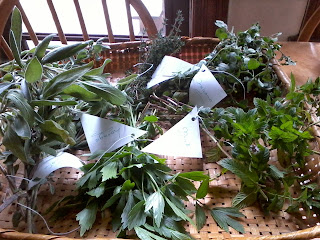 The weather has been glorious all week allowing me a bit of Fall garden work, pruning, raking and harvesting herbs, both for home consumption and to give to friends. Needless to say there has still been no sign of the elusive Brick masons. Sigh.


Last Sunday, Brian, who helps me in so many ways to navigate through the complex waters of “house management”, visited to try his hand at repairing the washing machine (slight progress was made) and to discuss other household problems. I sought his advice about the 3 wicker chairs and a table, which spend the Summer on my large deck. I have carefully covered them each night with a tarpaulin but it has obviously been less than waterproof and since the furniture is all at least 20 years old in the first place, it was starting to look pretty forlorn.


Brian suggested I have a go at nailing and gluing various loose parts and then painting it with a good exterior paint. I was suspicious since I was not sure of my abilities but decided to try. Due to the fine weather, I was able to spread the job over a few hours each afternoon and –Presto! It really looks pretty spiffy. Painting wicker is not a fun job since getting into all those little nooks and crannies can be quite tedious but I’m glad I persevered. 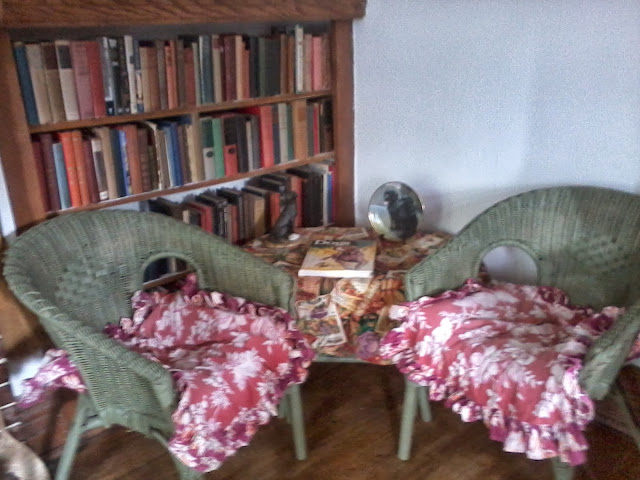 As a result two chairs which were in the living room will be going to a new home, the little table which was between them will be repainted during the coming week and moved into the blue bedroom and the table currently up there is going as a play table to my Godsons. Whew! Quite a shifting around.


I think I might even tackle the two wicker chairs and table from the side porch, although they are slightly more decrepit than the others. Hmm.


Right now this post will close off with a recipe for “Honey Cream”, at the request of Jillian. When she came on Wednesday to choose music and help with some other Day Camp jobs, she was, of course invited to stay for dinner, and we had  a thin crust mashed potato and rosemary pizza followed by Honey Cream. So here goes. This is a super sort of ice cream, which really does not require an ice cream maker. It never gets rock hard and is extremely yummy. 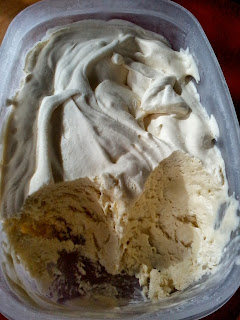 
Place cream and a large bowl and beat with an electric mixer, until stiff peals form. Refrigerate. Heat honey in a small pot to boiling point, cook for 2 minutes. Meanwhile, in another mixer bowl, beat egg yolks until fluffy and pale yellow. With the beaters running, very gradully drizzle the hot honey into the eggs and continue beating on medium-high until the mixture is at room temperature, about 5 minutes.


Fold the whipped cream into the egg/honey mixture. Pack the honey cream into a rectangular freezer container and freeze for several hours before serving.

Posted by Crosstalk Ministries at 17:00