This will just be a quick post since, as mentioned yesterday; I am currently putting the finishing touches on the upcoming Tea Party.


We awoke to a frigid Sunday morning with strong winds creating a wind-chill factor of -14C. Regretfully, I decided to bus to church, it just wasn’t a cycling-type day! It was amusing to see peoples’ sidelong glances as I sat with Malachi’s Viking longboat on my lap. I tried to look casual, after all I’m used to carrying strange things to Church!


After singing a moving selection of Worship music chosen by Blair (Steve’s long-time friend), Malachi, Seren, John and I headed upstairs to explore, together the meaning of Christ the King Sunday.


The lectionary Gospel passage was Luke 23: 33-40, a pretty intense passage to read with small children, but we tackled it and after posing the question “is Jesus King of Canada? France? Israel?” Malachi responded,  “No, He is King of the world!” We then discussed the concept of having Jesus as “King of our hearts”, and looked at the image first circulated during the French Revolution with the caption “Dieu est Roi”.


Each child then designed their own collage of this image, Malachi insisting we should write, “Christ is King” and not “Jesus is King”, “because it is Christ the King Sunday!” Then they each made a brown paper crown with gold braid. We concluded our time together by singing “Lord I Lift your Name on High” (with actions) and sharing in a short time of prayer. It was touching to hear Seren (age 4) pray for Avery.


After church I bundled up and braved the elements for the 50min. walk home. Trudging along I was struck by the fact that walking as opposed to biking provides a more meditative travelling pace and is really more conducive for reflection. It was good to process what I had learned from the children this morning, to sing a bunch of favourite Advent Hymns (in eager expectation of the coming week) and to pray for Avery as she and the Campbell family prepare for Steve’s funeral, this Tuesday.


So now I’m cozied up in the kitchen getting ready to put the kettle on and toast crumpets, light the fire and offer hospitality to some great family friends who have done so much to help me as I struggle to retain my home. 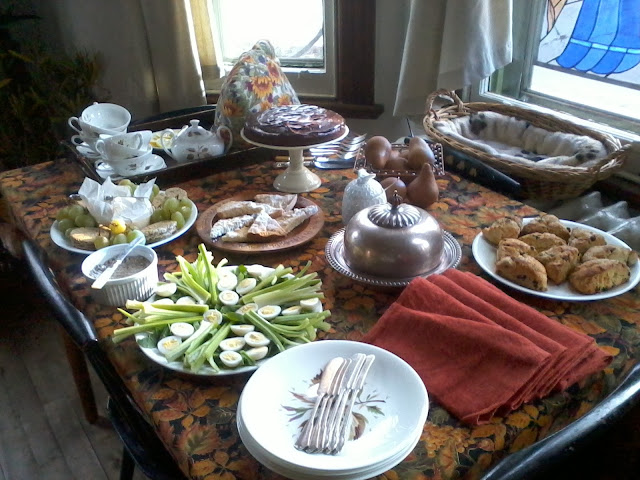 Posted by Crosstalk Ministries at 15:41