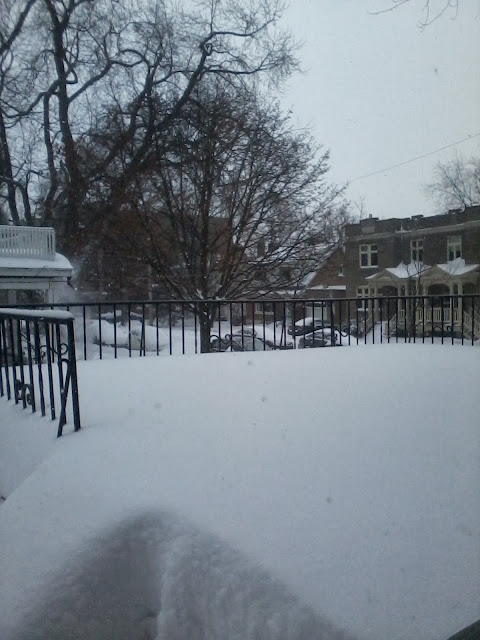 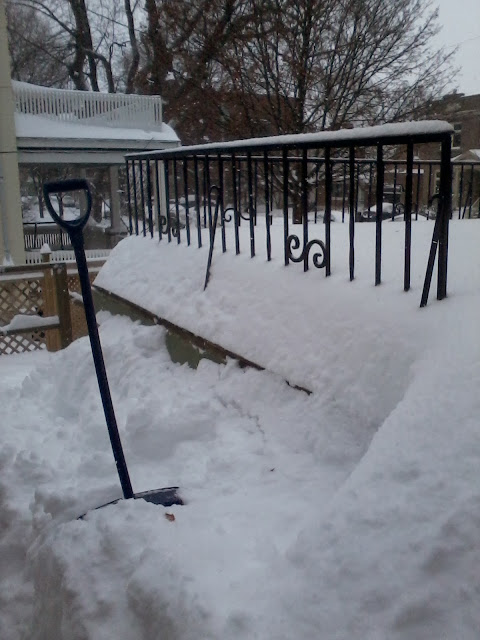 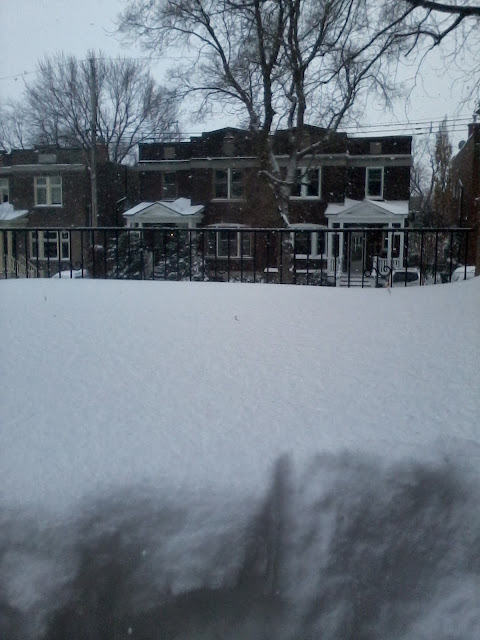 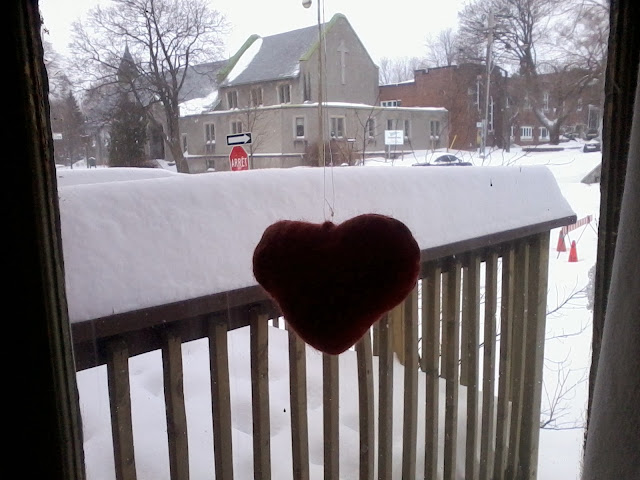 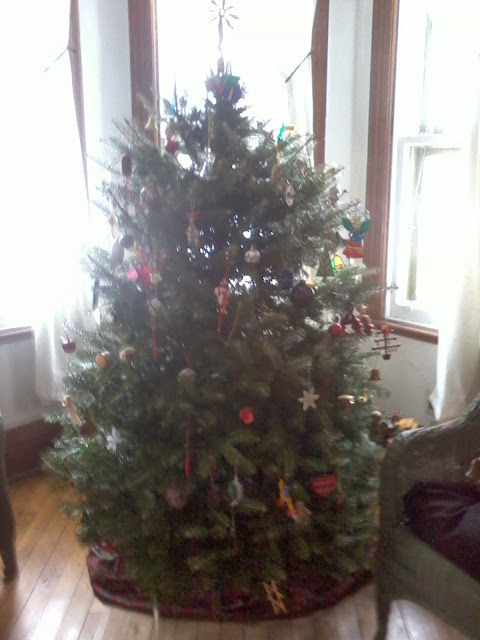 Montreal awoke this morning to a nasty blizzard, which had been raging most of the night. One look out the window at 7am told me that the chances of making it to church would be pretty slim.
It took 20minutes just to shovel a rough track to the foot of the front path so that Wil could go out and my heart sank as I saw waist-high drifts over the driveway and deck. At 820 am it seemed best to call Pastor Nick and let him know that I would not be able to lead the Children’s Ministry program, if any families did make it to church.
And so Advent 3 has not been quite the Sunday hoped for.
After shovelling out my neighbour’s path I made it into their house to feed the cat, who appears to be living up to his name “Shadow” as I could not see him anywhere!! Hoping for a glimpse tomorrow.
Then it was out for a trek with Wil. It was only possible to walk in the roads as no sidewalks had yet been plowed.
Home again, I cranked up a CD of Advent Lessons and Carols and threw myself into more catering prep, poaching chicken, stirring up ciabatta dough, prepping dates for a cake which will be a part of “Indiana Amish Date Trifle” and assembling a feta strata which I hoped to share with Jessica who was supposed to visit this afternoon and evening (no snow plows in her neighbourhood either, so sadly that visit has been postponed until Wednesday, sigh.)
It seemed best to tackle another round of shovelling before lunch so I managed to do the small side porch and then removed the glass in the screen door and climbed out into a giant drift in order to shovel the deck walkway, the path to the composter and then 'round the garage and out to the street. This afternoon I have been praying for a Christmas Angel who might appear and help shovel the, 15 square foot deck but none has flown down yet!
And so as evening draws in the oven is on again. Firstly with a giant meringue which will be the basis of Christmas Pavlova, the dessert for tomorrow’s Day Camp Committee meeting.  Next the ciabattas go in and finally the date cake and strata.
Soon I will turn on the tree lights, say the prayers and light the third candle on the Advent Wreath; thankful that we have power and heat on this very snowy night. 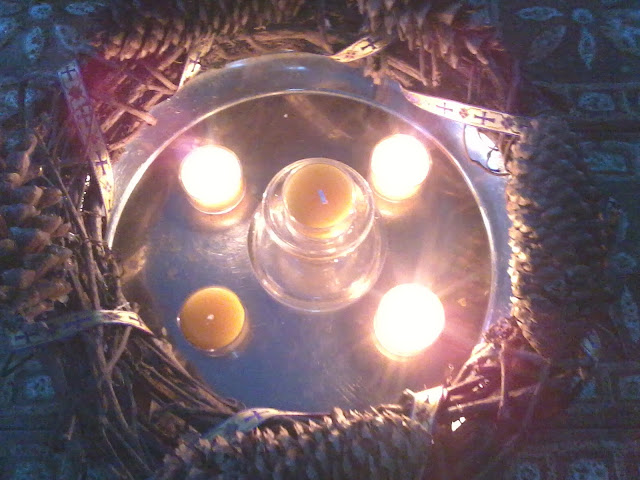 Posted by Crosstalk Ministries at 16:30