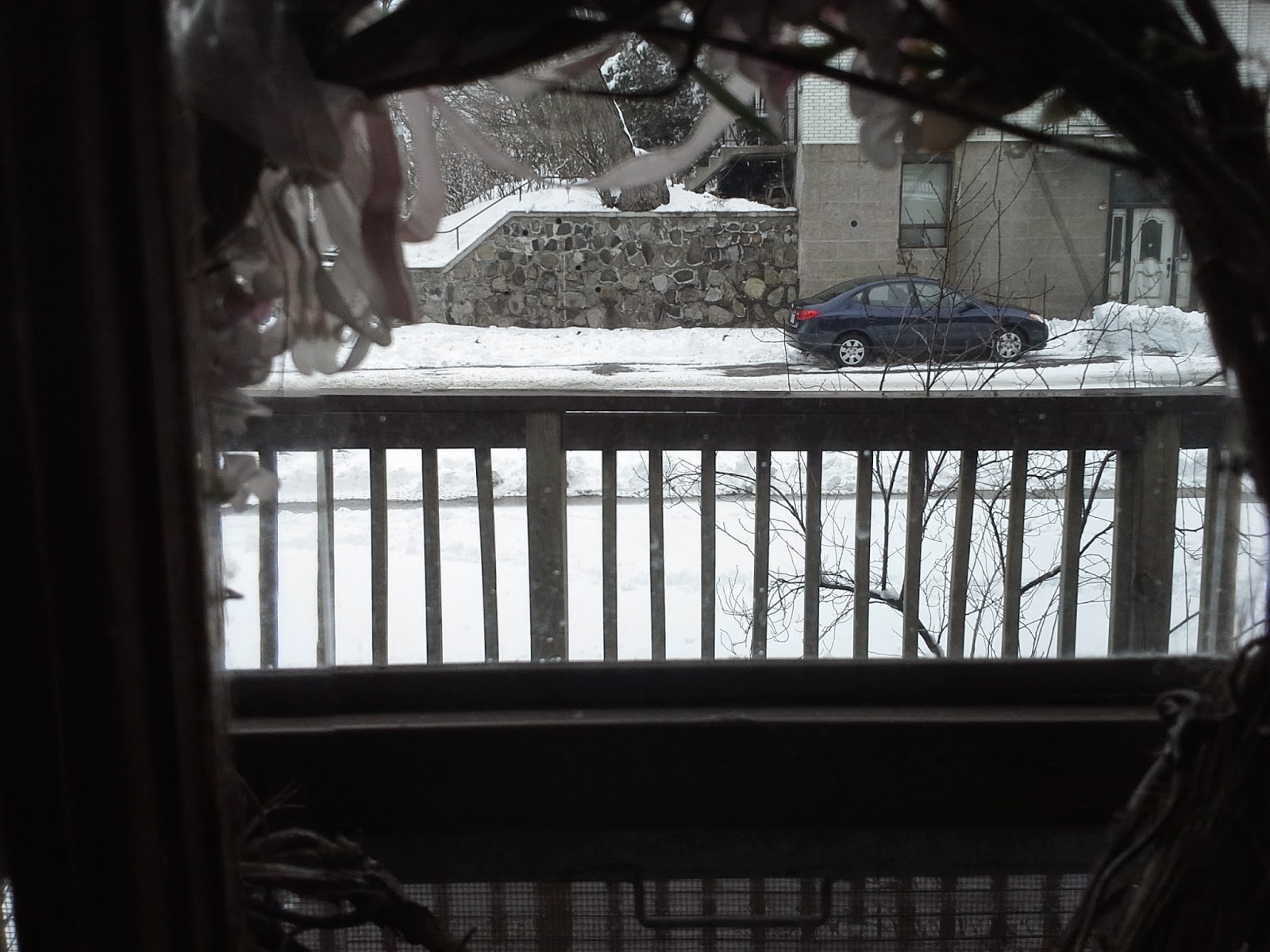 At the risk of being boringly Canadian and continually talking about the weather:- we woke, this morning, to ANOTHER Winter storm!!! Horrendous winds, snow whipping in every direction, no sidewalks etc. and mountains of heavy wet snow to be shovelled.


After surveying the scene and deciding that discretion was the better part of valour I stayed home. Nick had very kindly offered me a ride down but the thought of walking home for at least an hour on unploughed sidewalks in gale-force winds was somewhat unappealing.


It took 15minutes just to clear a rough path to the road when Wil first went out.


After breakfast, we took a shorter than usual walk (in the roads as there were no cleared sidewalks), which still gave time to work through morning intercessions.Upon our return, I listened to some very lovely Mediaeval Chants sung by Anonymous 4, drank a mug of coffee and then undertook Round 1 of shovelling. In total the job took 2 3/4hours!! By then it was rather late for lunch and Wil was looking wistful about another perambulation so, fortified by cheese and biscuits, we had a second excursion. 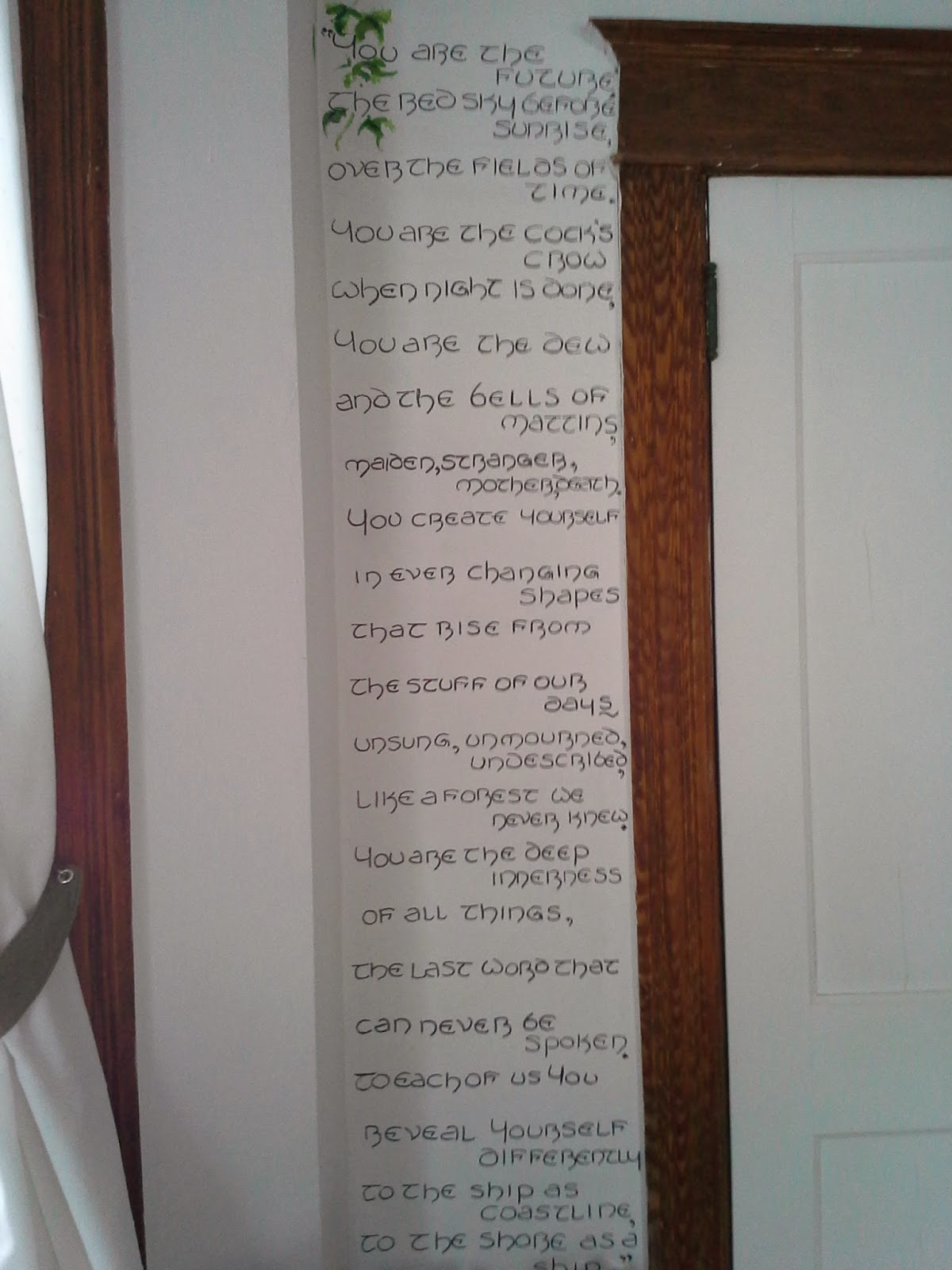 The rest of the afternoon there have been more opportunities to practise a Lenten Sabbath.I read some Rainer Maria Wilke poetry (this one is lovely, so several years ago, I copied out in calligraphy on an upstairs wall). 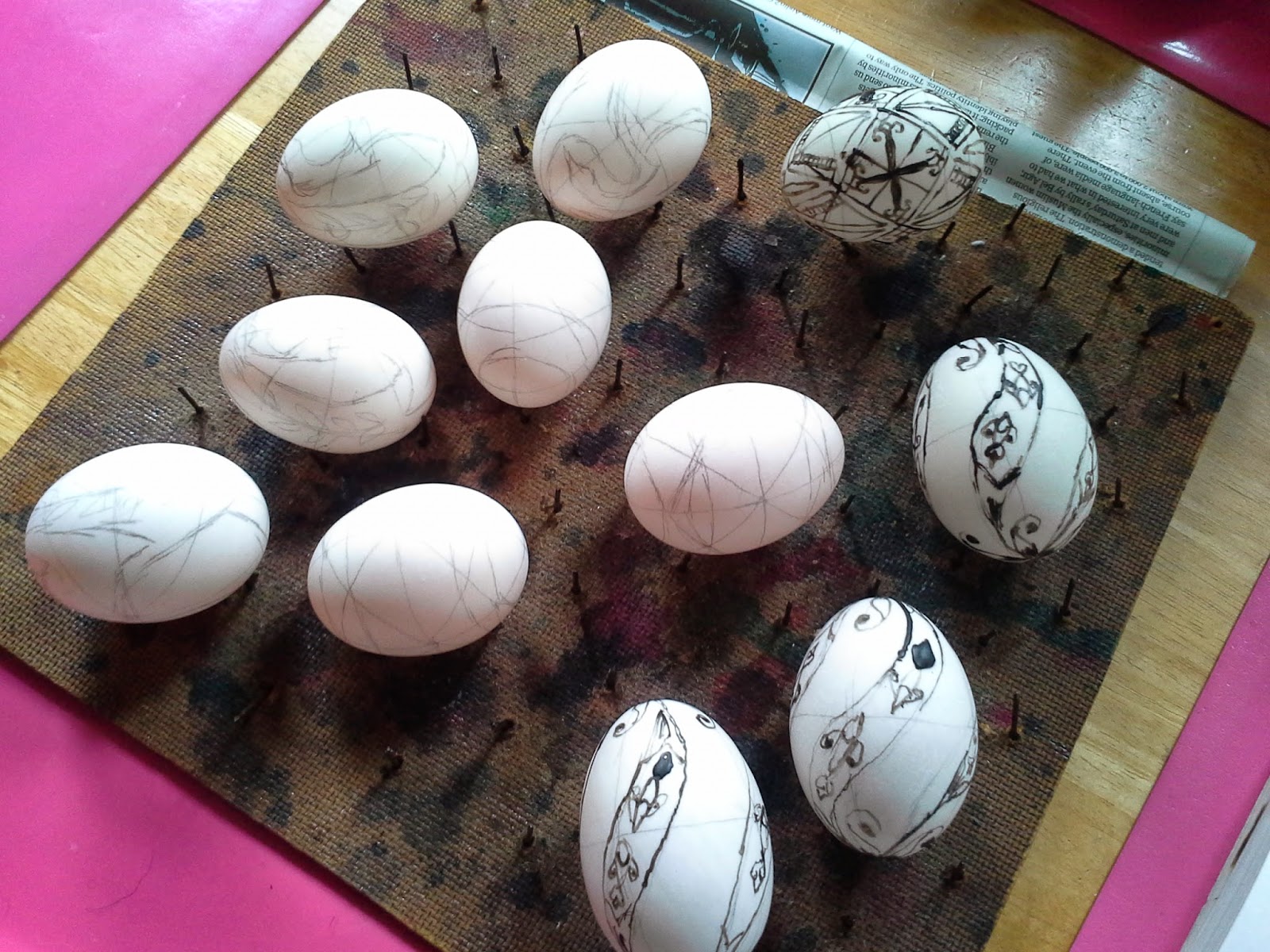 been put in on the second dozen Pysanky and while working on the eggs I enjoyed a nice little Hymn Sing.


In recent weeks “Be Thou my Vision” has been a daily ritual, really soaking in the words of each verse.The line I like best is in the verse that starts “Be Thou my Battle shield…” One often hears hymns with those sorts of lines about the armour of God but the part that resonates with me is “Be Thou my Dignity…” When the going gets very tough it is easy to feel judged as inadequate or unsuccessful by worldly standards and humbling oneself to accept help can be really hard. But to consider that, with God at one’s side,(sort of basking in the shadow of His dignity), the God of the whole universe!!! Well then it is possible to hold one’s head up.


A different sort of Sunday. I’m not sure if there were any children at church, but Pippa’s kiddos were up at the cabin so I did not succumb to guilt at missing Children’s Ministry. Despite all the physical labour, it has been just a bit like a Day Retreat. This would be a good evening for watching my favourite movie “Chariots of Fire”!! 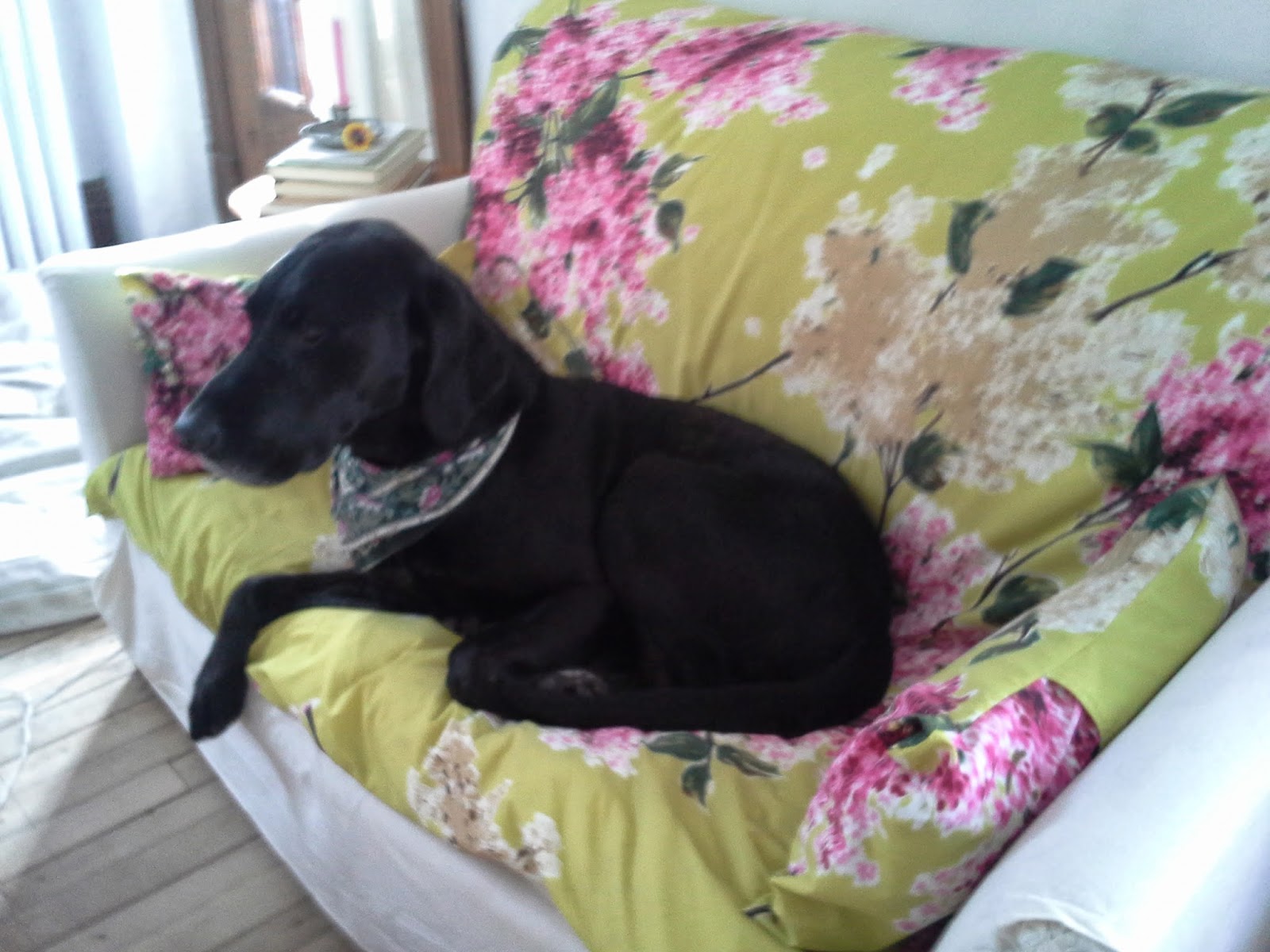 Posted by Crosstalk Ministries at 18:22