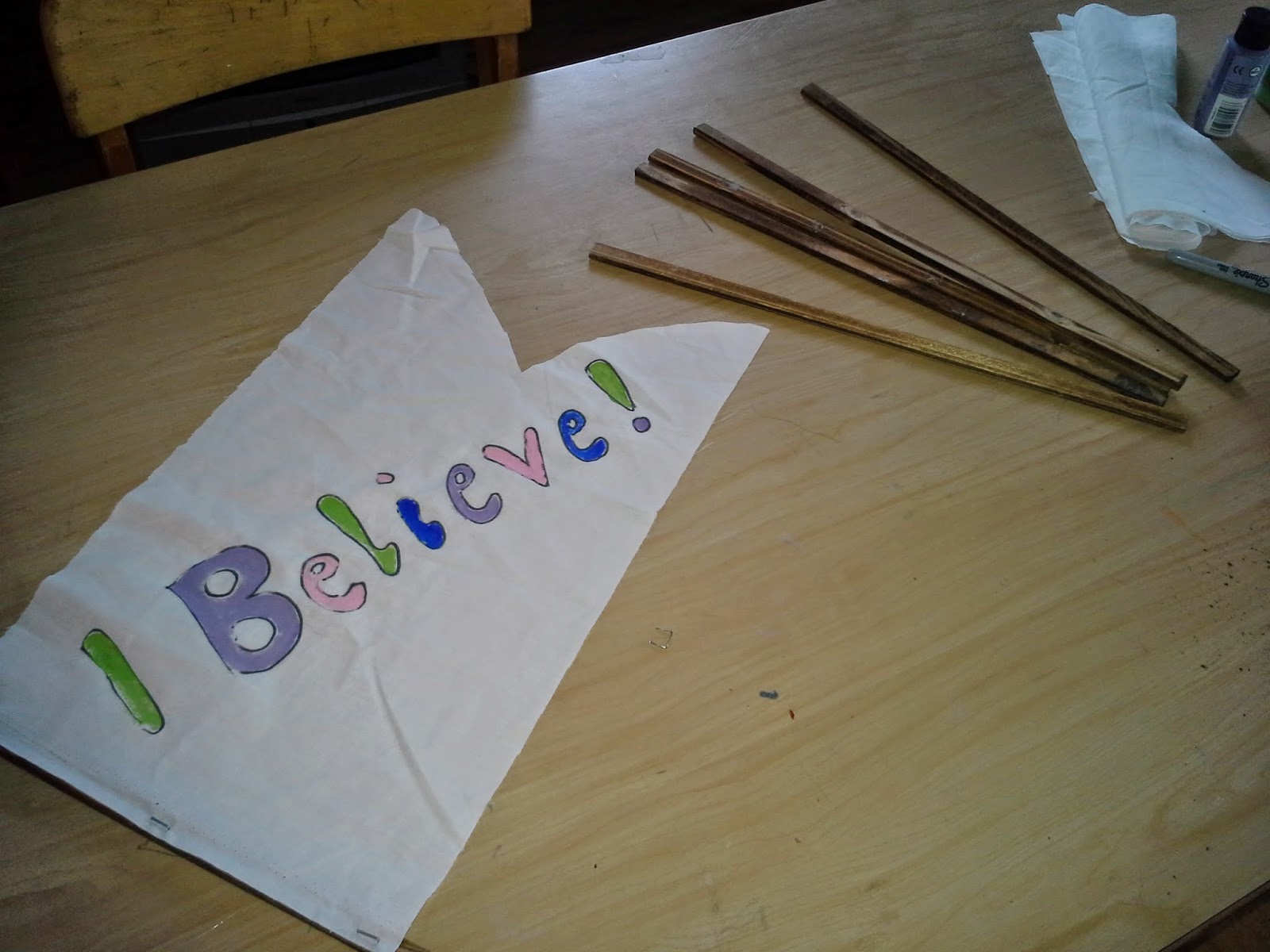 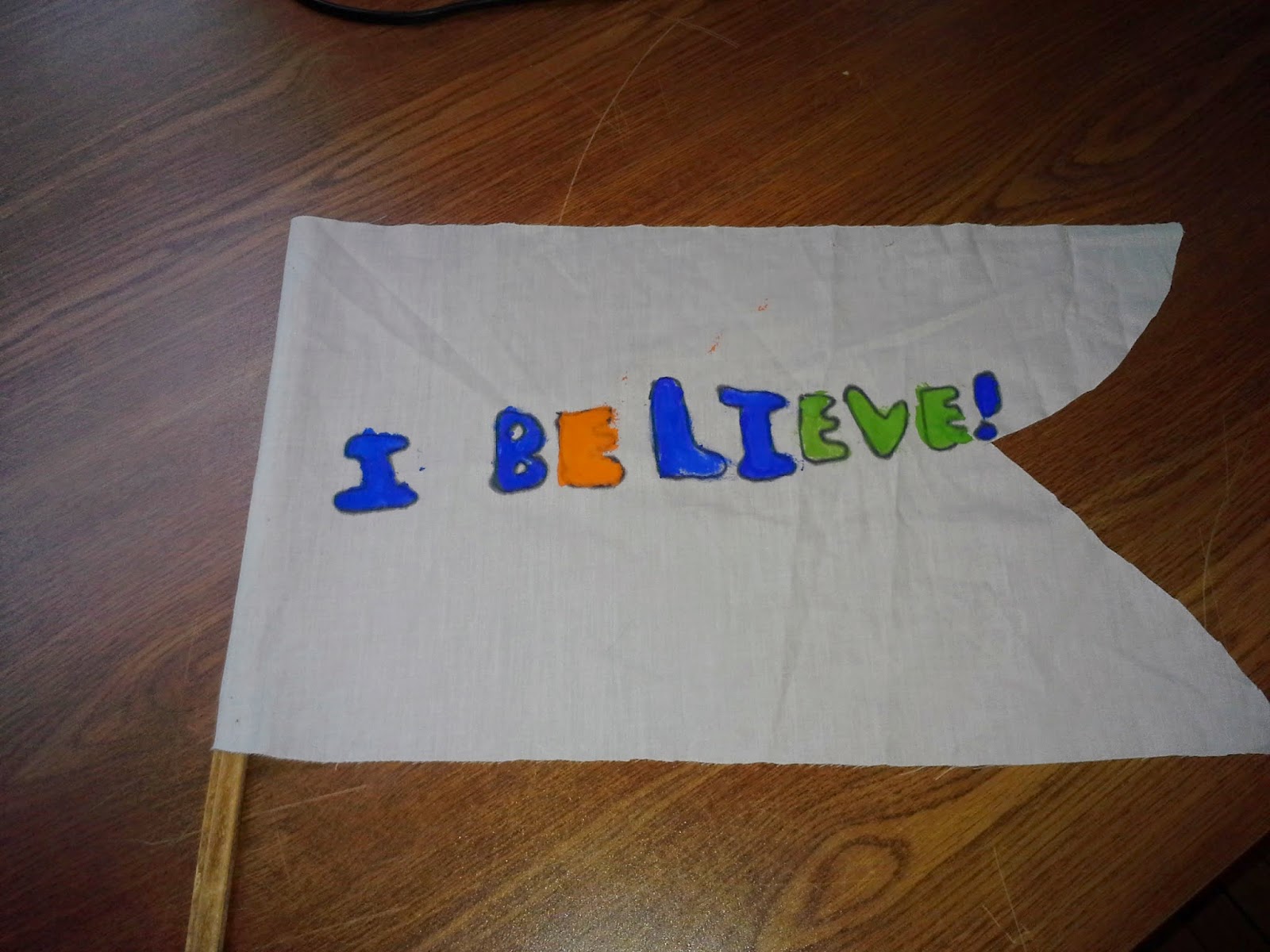 Sadly,this morning, Victoria was feeling under the weather and thus decided to cancel the Senior Youth Camp Staff meeting and head back to Ottawa, so I said my good-byes early and headed off to church with Nick and my paraphernalia!


Traditionally, the Sunday after Easter is known as Low Sunday and, although St. Stephen’s is not generally a huge advocate of “tradition” today we joined the majority of churches in having quite a small congregation!


“Children@St. Stephen’s” consisted of Malachi (alone) but, with John as helper, the three of us managed to have a pretty good time discussing John 20:19-31.


I had checked out a number of YouTube versions of the passage and decided that this one would best fit the bill. So we watched it together and then (over apple slices and cookies) had a discussion about “Doubting Thomas” and the whole issue of “doubt” versus “belief”. After that we played the old sleight of hand game with 3 cups and a hidden Ping-Pong ball; deciding what it means to believe something (someone?) is there, even when unseen.


Next we moved into the crafts area and made “I Believe!” flags. Malachi did a great job on his and John and I each made one for his absent siblings. Then it was a final time of prayer and downstairs to re-join the rest of the congregation while I hurried into the kitchen to set out the soup and bagels.


With Victoria and co. not at church, I ended up walking home with Nick offering to drop off my leftovers later in the afternoon. It was good to walk briskly through the quiet residential streets, to think about the morning’s discussions, hum snatches of Worship songs and generally reflect on the rest of today, which has turned out rather differently than planned.


Despite not having to serve dinner to 15 Staff, I am now faced with figuring out what can be frozen and served at next month’s meeting and what must be eaten up over the next few days. I think I shall be eating a lot of curried chicken pitas (not much of a hardship!)


Meanwhile, with the first load of bedding in the washing machine I had better head off and package up those two big ginger cakes for freezing!

Posted by Crosstalk Ministries at 14:34