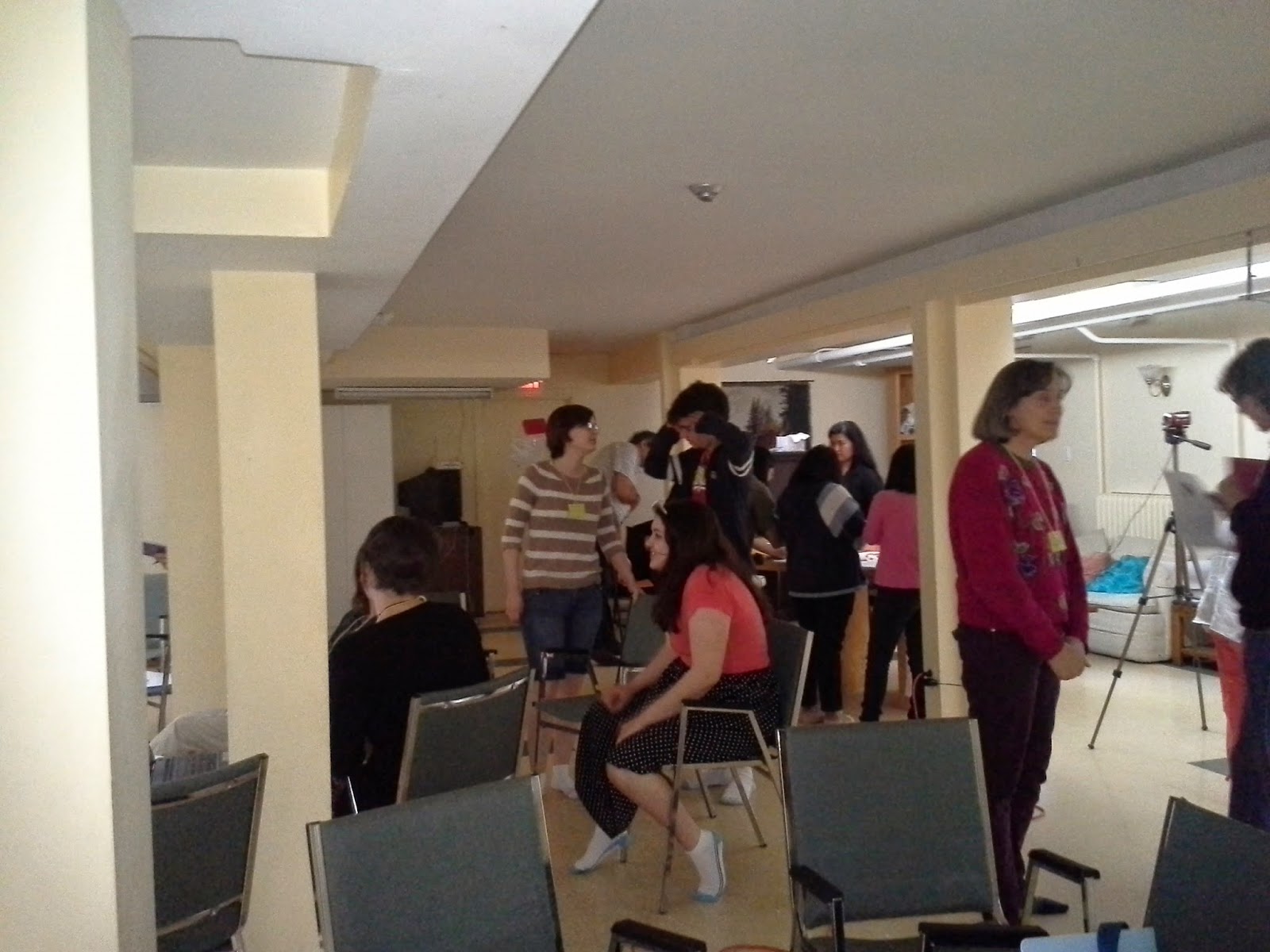 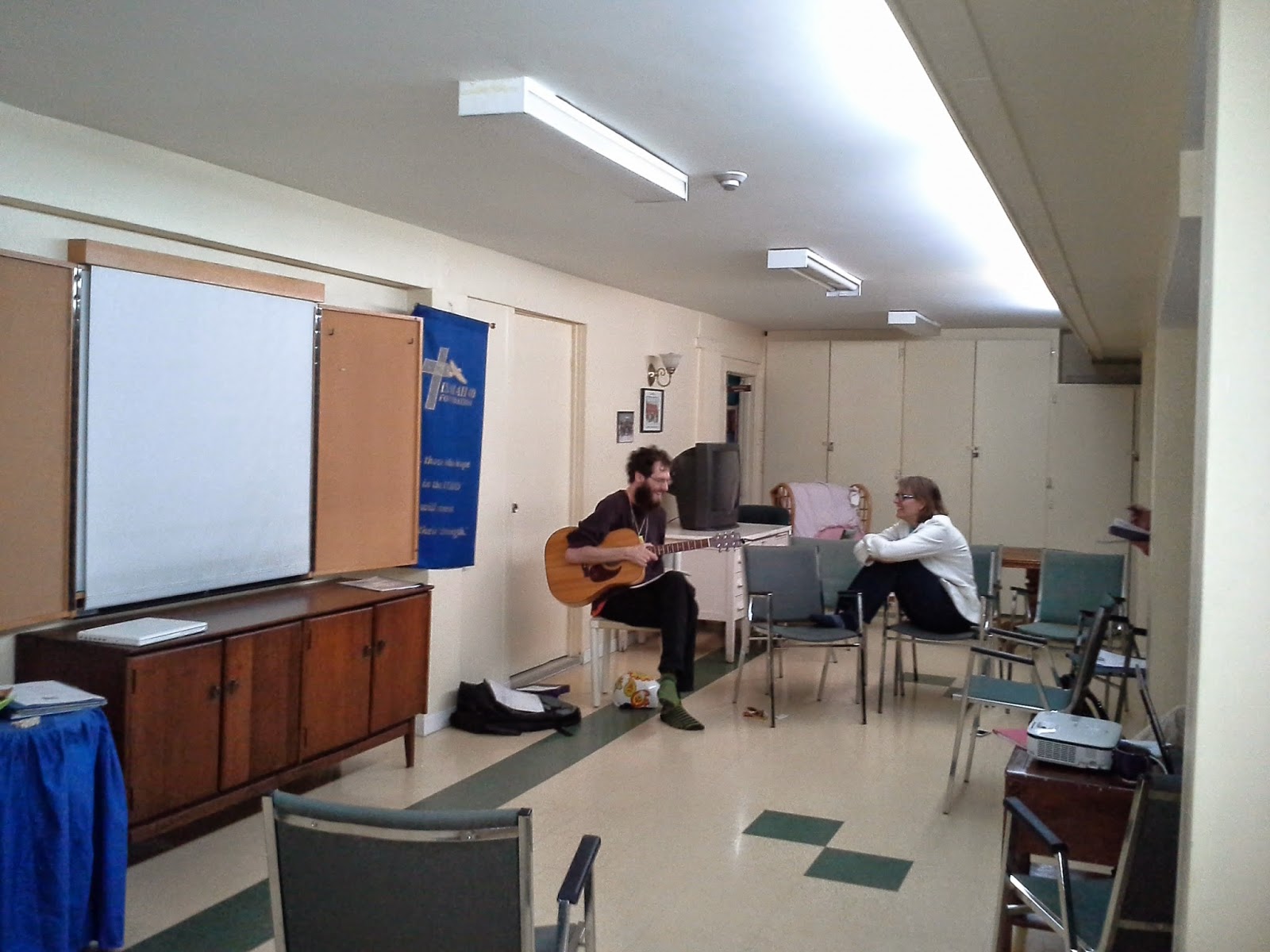 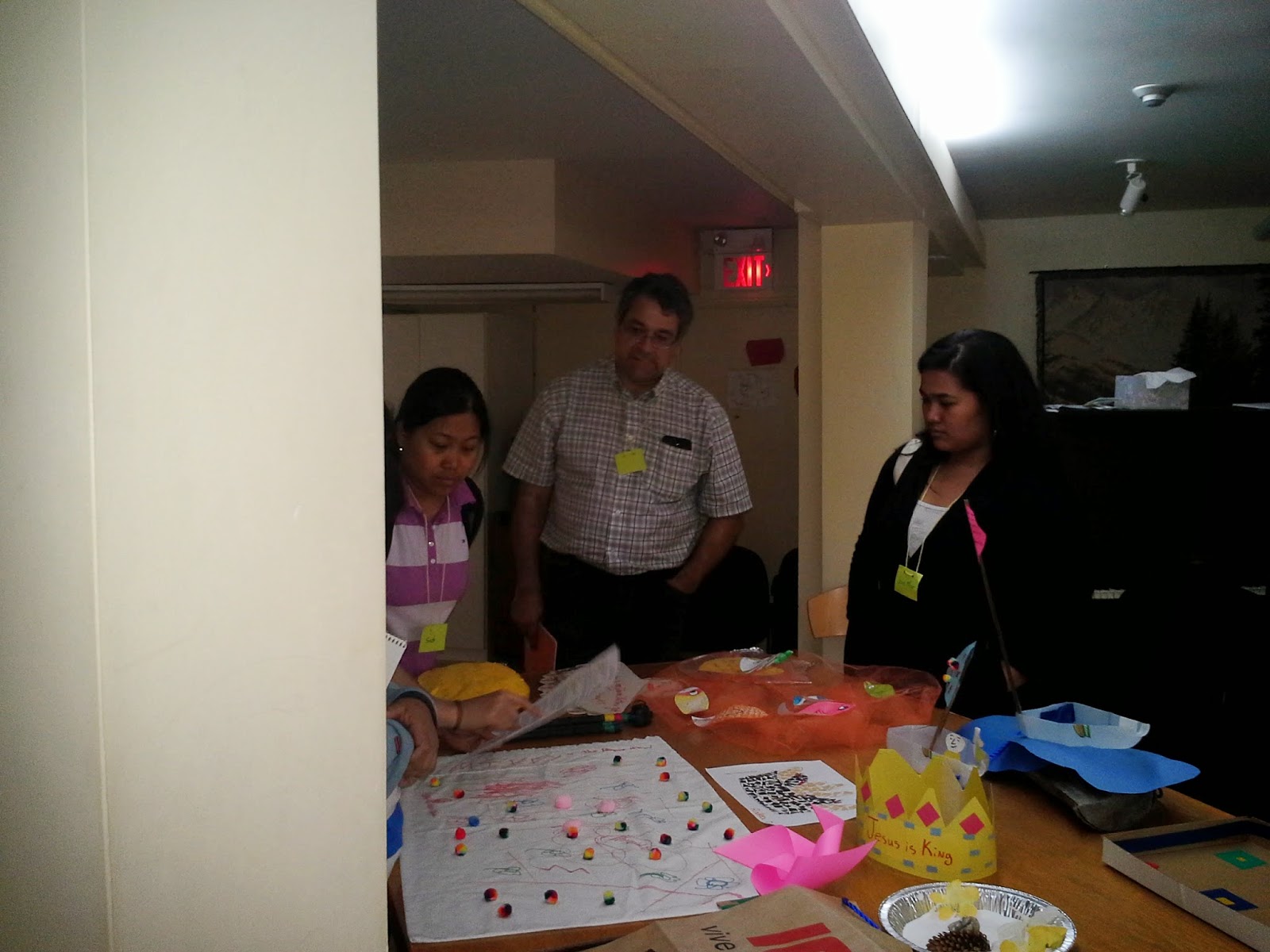 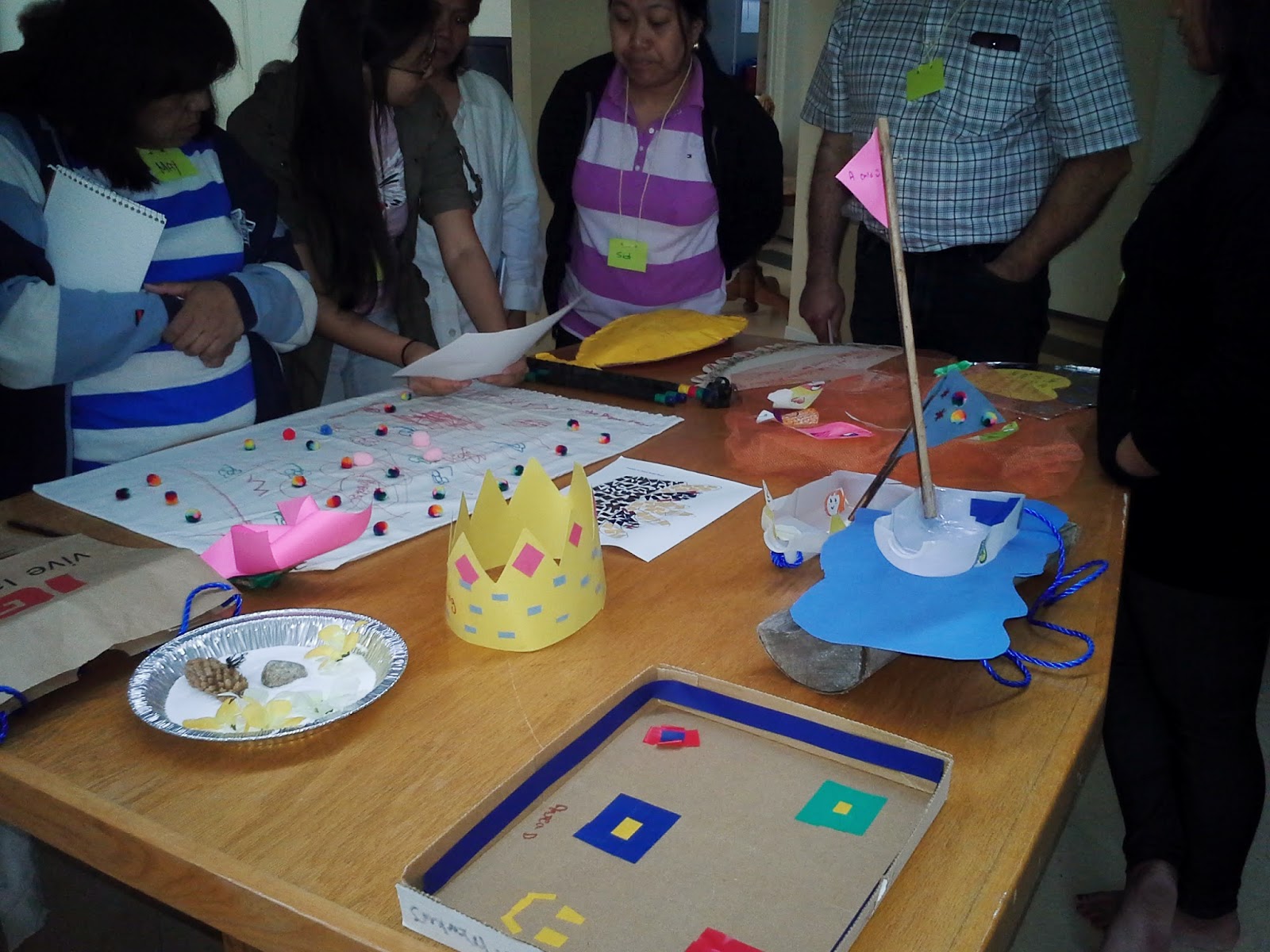 Whew, quite a long day and actually quite a week!


A large portion of this past week has been spent in various forms of preparation for today’s Kick-off Event, which was immediately followed by the recording of the 2014 Liturgical Dance DVD.


All sorts of photocopies have been sent off to Henry, retrieved in my trusty packbasket and delivered to the Supply Room at Isaiah 40. Several more email reminders of today’s event were dispatched to local churches, and there have been requests from those in other provinces for a copy of today’s proceedings to show to their helpers.


In between many many hours hunched over the keyboard there have been “breaks’ during which the final phase of Retreat cooking has been completed. There are still 3 loaf pans of Cashew Oat Bars in the fridge waiting to be cut, packaged, labelled and frozen, but that is the next job on my list.


Yesterday Jillian came in the afternoon and we went over and set up the Hall for this morning. We arranged chairs, laid out the craft samples, agendas, name tag equipment etc. I also prepared a refreshment table; for what is a CTM Event without a snack?


This morning I was up before 6am (I think it will be an early night, tonight!) as, besides feeding my own furries and giving Wil his LONG morning walk, I had to drop in to a friend’s house to look after her 2 cats, all before arriving at Isaiah 40 by 830am.


The Committee members were SUPER, everyone arrived soon after and the Hall was humming by the time the first Participants arrived. Jenn arrived with the most GORGEOUS bouquet of white flowers, for me, what a treat!!! 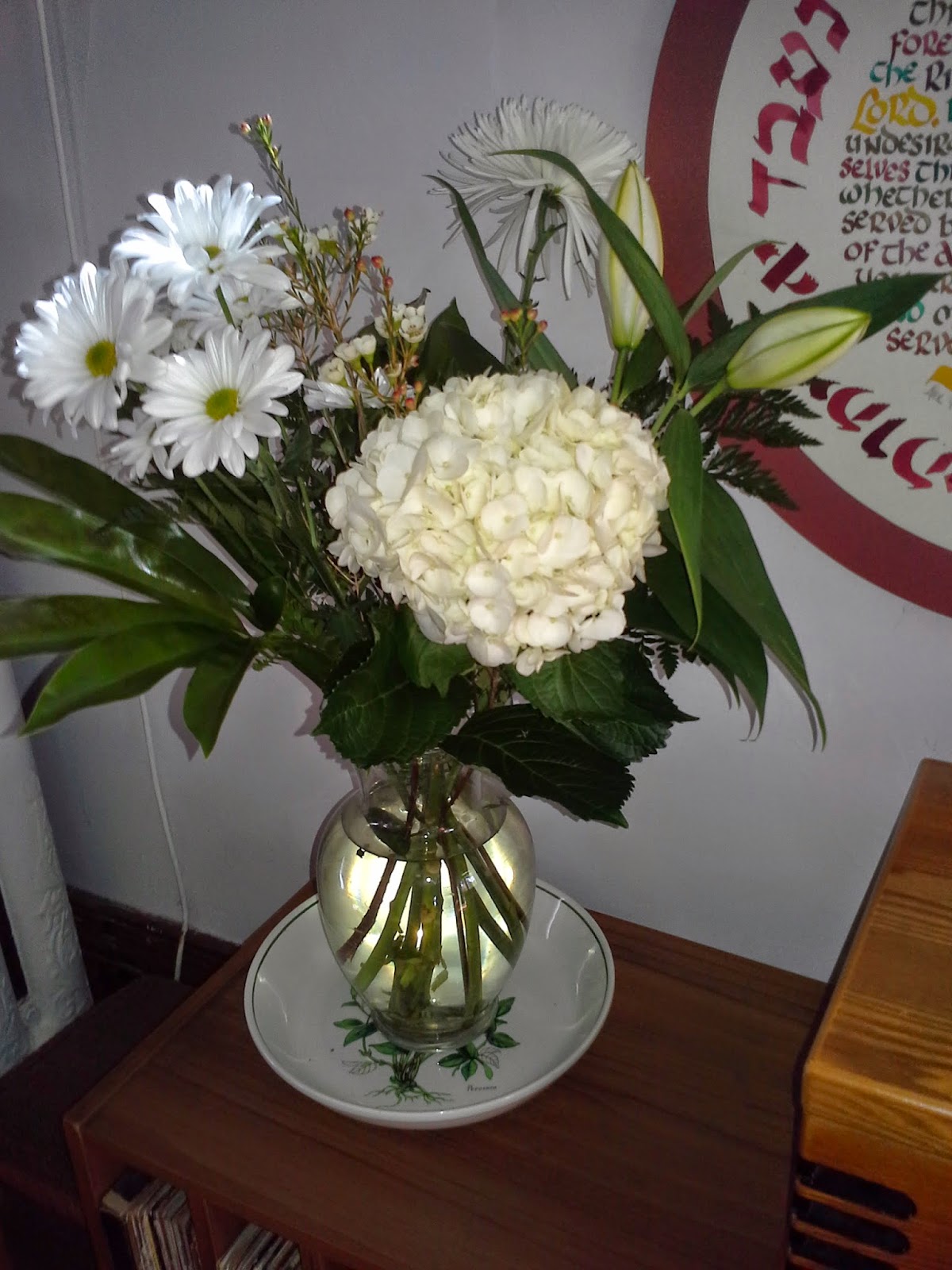 There were reps. from nearly all the Montreal region Host Churches, some “old hands” and some “newbies”. Judging by the feedback forms, the time frame and content were well received and met the needs of those present. Always a Blessing to hear!


As soon as people left we did some tidying up and rearranging and then moved into the Liturgical Dance. Six dancers took part, a mix of committee members and 2014 Team Members plus one “co-opted” younger sister(thanks, Chelsea)!


Everyone was quick to learn the piece and by the time our camera crew arrived we were ready to film. A numbers of “takes” were captured by Rod, our super film editor whom I know,will create from them a video useful  as a resource tool to all those teaching the Dance throughout the Summer.


So after a final clear up Wil and I did some grocery shopping and headed home. 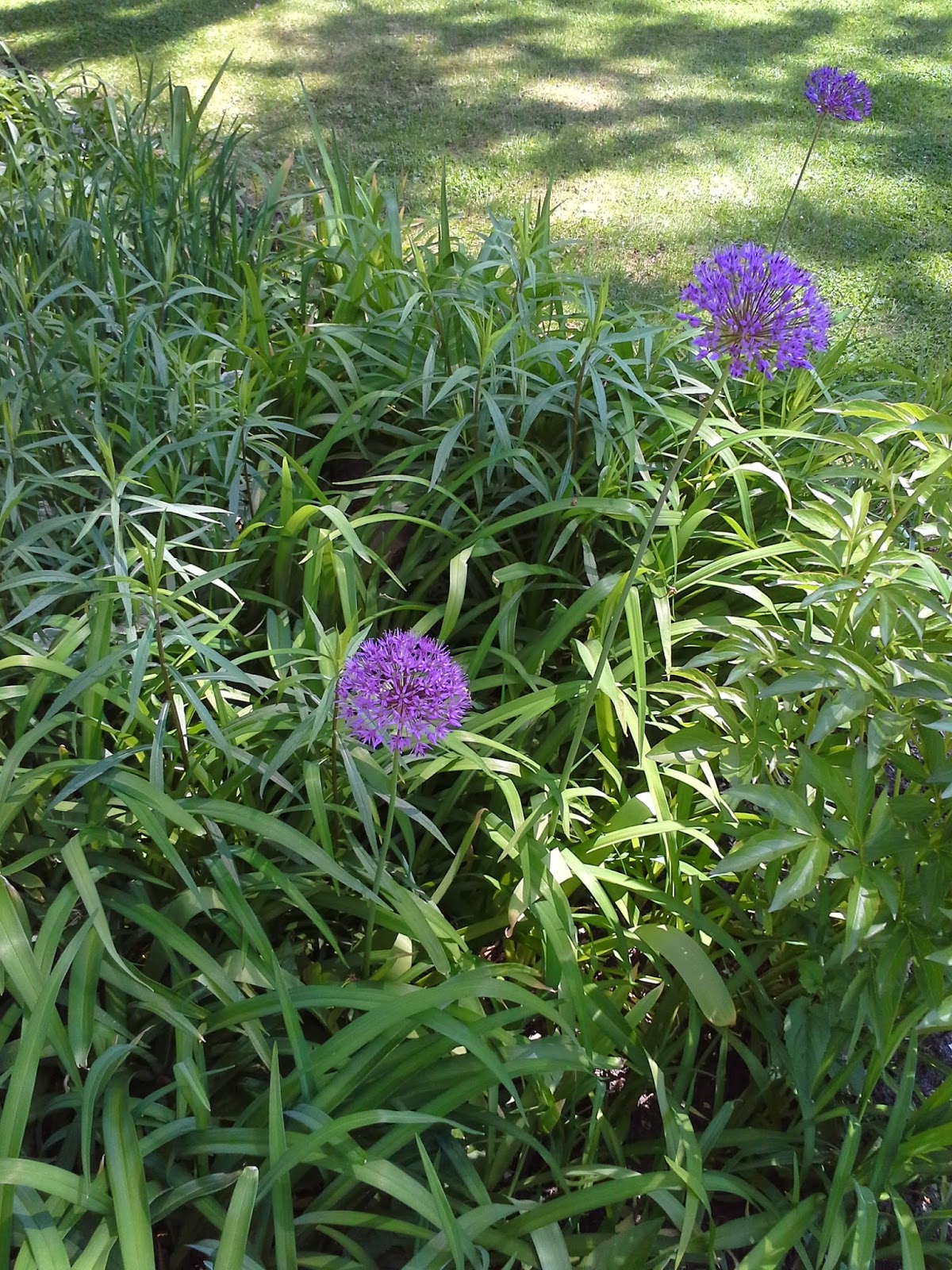 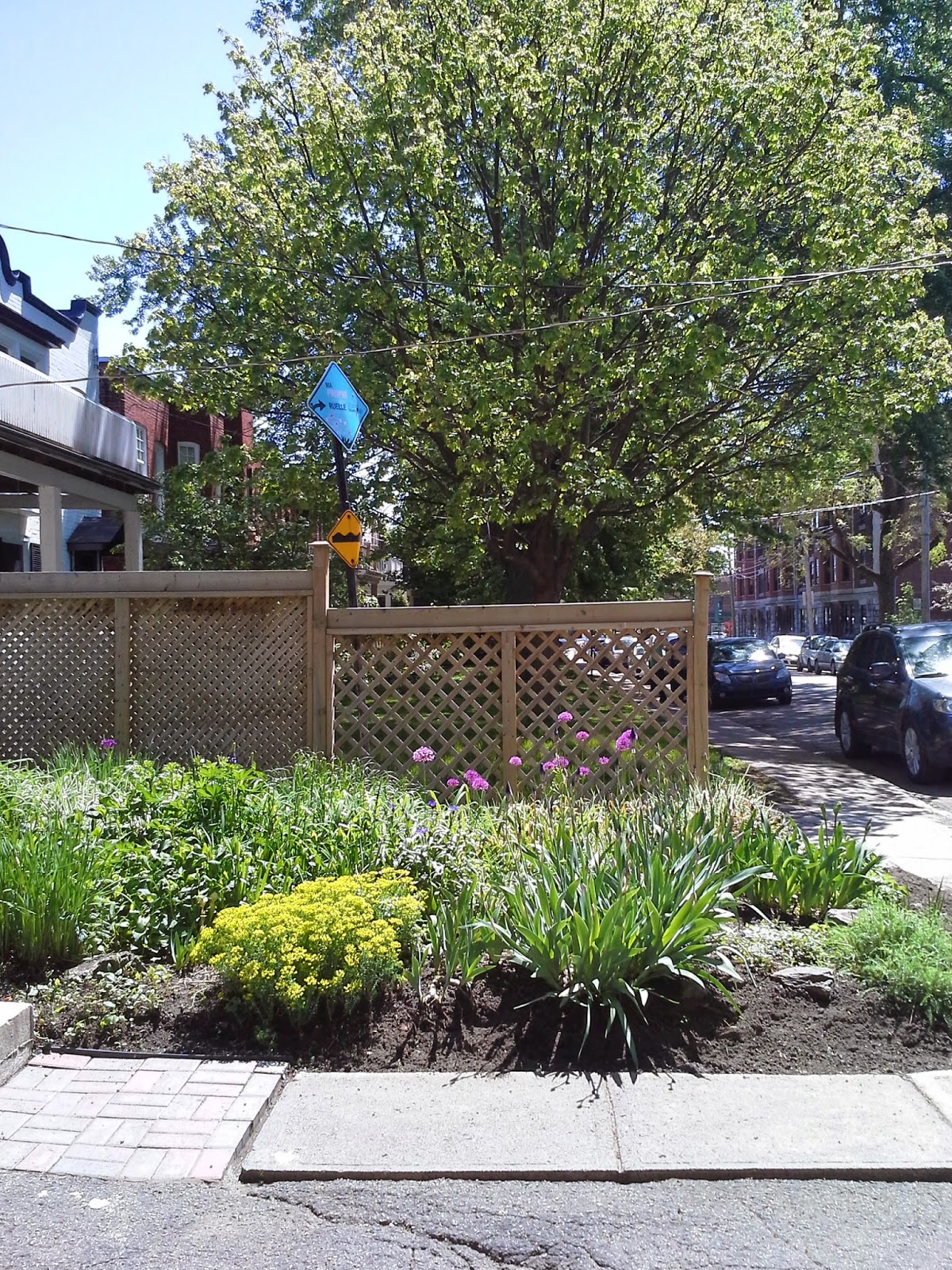 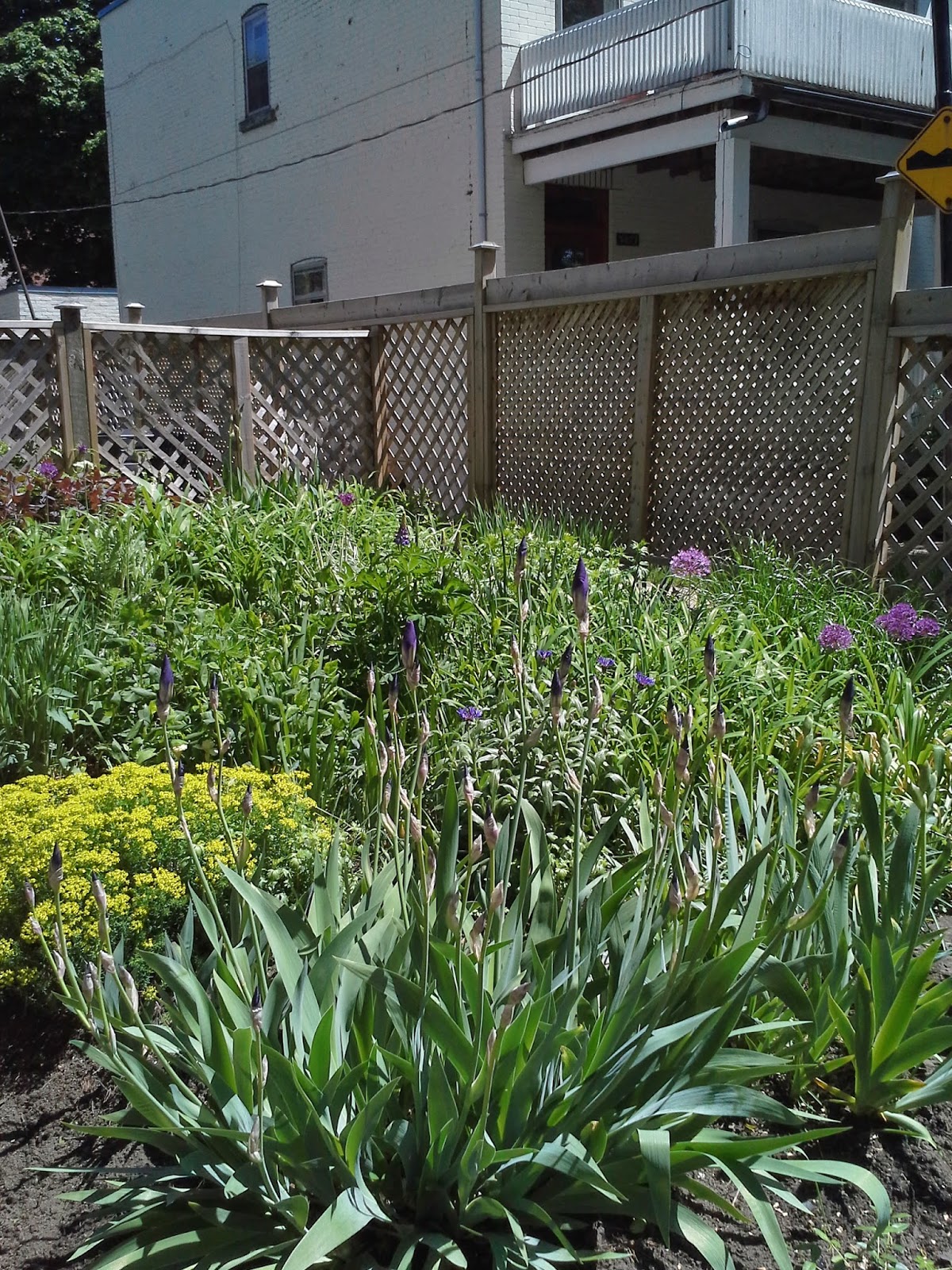 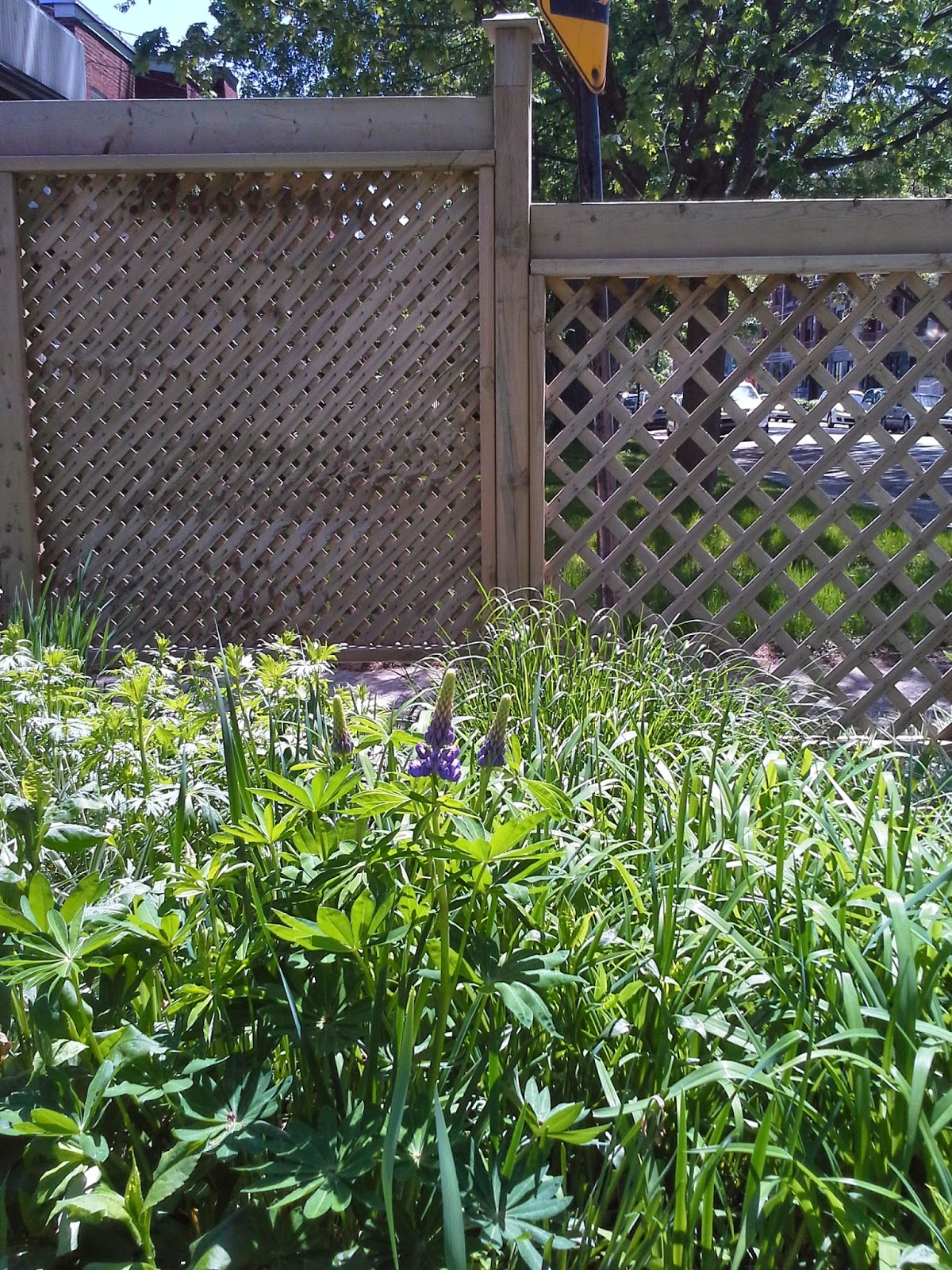 I have just completed an hour of intensive gardening, (still trying to eradicate invasive Day Lilies and Campanula, sigh) and so the day is finally winding down with dinner prep on the horizon.


During my baking this week I made a very tasty Onion Cheese Galette and thought I would round off today’s post by sharing the recipe.


It is good served warm or at room temperature thus suitable for the upcoming picnic season! 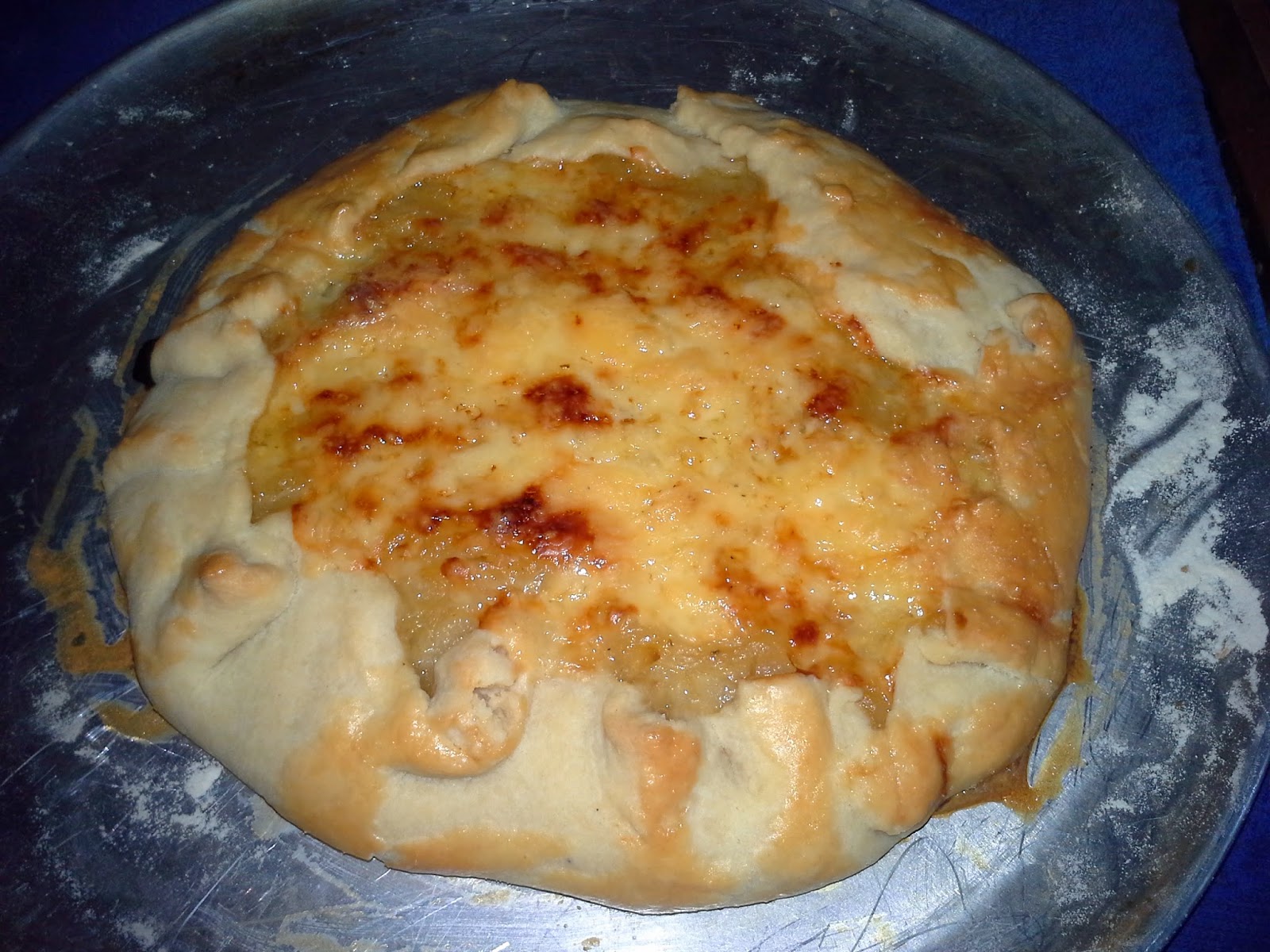 
Pastry for a single piecrust


Melt the butter in a large deep skillet and soften the onions for 15minutes, over medium heat. Add the stock and sugar and continue cooking for 1 hour, stirring the mixture every 5 mins.


Meanwhile roll the pastry into a 12” circle and place on a large, rimless pizza pan. Refrigerate.


Once all the liquid has evaporated, continue cooking the onions for approx. another 10minutes or until they begin to brown. Remove from the heat and cool.


Preheat the oven to 350F. Remove the pastry from the fridge and pile the onion filling in the centre, leaving approx. 2” all around. Top the onions with the cheese. Fold the edges of the pastry over the filling and brush with the egg wash.


Bake for 35-45minutes, or until the pastry is lightly browned. Allow to cool for at least 15minutes before cutting.

Posted by Crosstalk Ministries at 18:21