By noon the sun was shining and the weather was perfect! Since there appeared to be a pretty strong breeze I decided to forego a hat but otherwise stuck with my pale pink dress, as planned.


Josiah and his dad stopped by at 1:30pm, to pick up the salad. That was a special blessing because I had just a moment to give him a hug and tell him how proud I was of him on this day of days!


Then the family picked me up on the second trip, at 2pm. Being down there a bit early I was able to admire the set-up in the Reception Hall, with marvellous funky paper flower cut-outs in jam jars on each table and garlands of cut-out paper shapes and little white lights strung across the ceiling, quite magical, and very “Alicia & Josiah”!


The service, too, was quite unique from start to finish. Most clearly, it reflected such an obvious desire to make their vows “in the sight of God” and not with any of the glitz and pretence that can accompany some weddings. The worship team, which included a very cool mandolin, sang with evident delight in worshipping the Lord as well as celebrating the day and there was a thoughtful sermon, focusing on Philippians 2:1-5.


The couple was simply and tastefully dressed, entering and leaving the church together, hand in hand, followed by both sets of parents and siblings.


I had expected something uniquely crafted and was certainly not disappointed.


Following the Service everyone mingled outside as photos were snapped.


Being frighteningly camera shy, and also impossibly bad at “mingling”, after about 15 minutes of torture I decided it was time to bail, happily first having a moment to make my apologies both to the newlyweds and then to Josiah’s Mum.


45 minutes later I arrived home, foot sore and weary but so thankful to have had this very special day, and to know this lovely young couple, for whom I pray every Blessing.


It being the second Sunday of the month, today was our All Ages Service and the Theme was “Poetry Slam Sunday”.


The weather is gorgeous again, except for a very strong wind, which played havoc with my long floaty scarf as I biked to church, (visions of Isadora Duncan!).


However, at last I was able to bike to church!


Due, to a number of factors including, I suppose, Mothers’ Day the congregation was small, but it appeared that most people enjoyed the interactive groups and the poetry readings. They certainly enjoyed Jenna and Nicholas’ “Poetry in Liturgical Music”, which could have gone on much longer!


Both the other groups each had only 1 participant, plus the facilitator. Mine was on “Calligraphy/Poetry as Art” and the other focussed on"Poetry in Prayer". That group assembled a Litany, which included congregational response and which we used as part of the Prayers of the People.
For my workshop, I guess I had intended to illustrate that “text” is not separate from visual art, but can be a facet of it and in Christian Art from earliest times (think Medieval Manuscripts of the Scriptures or the Book of Hours) the two have been part of a single creative expression, a tangible act of Worship, by those using the gifts bestowed on them by the Creator, to give back to Him a piece of creative expression.


Nick had sent me this link, a short video about an AMAZING Christian Calligrapher, who is bringing this creative expression into the 21st century, with breathtakingly beautiful works. 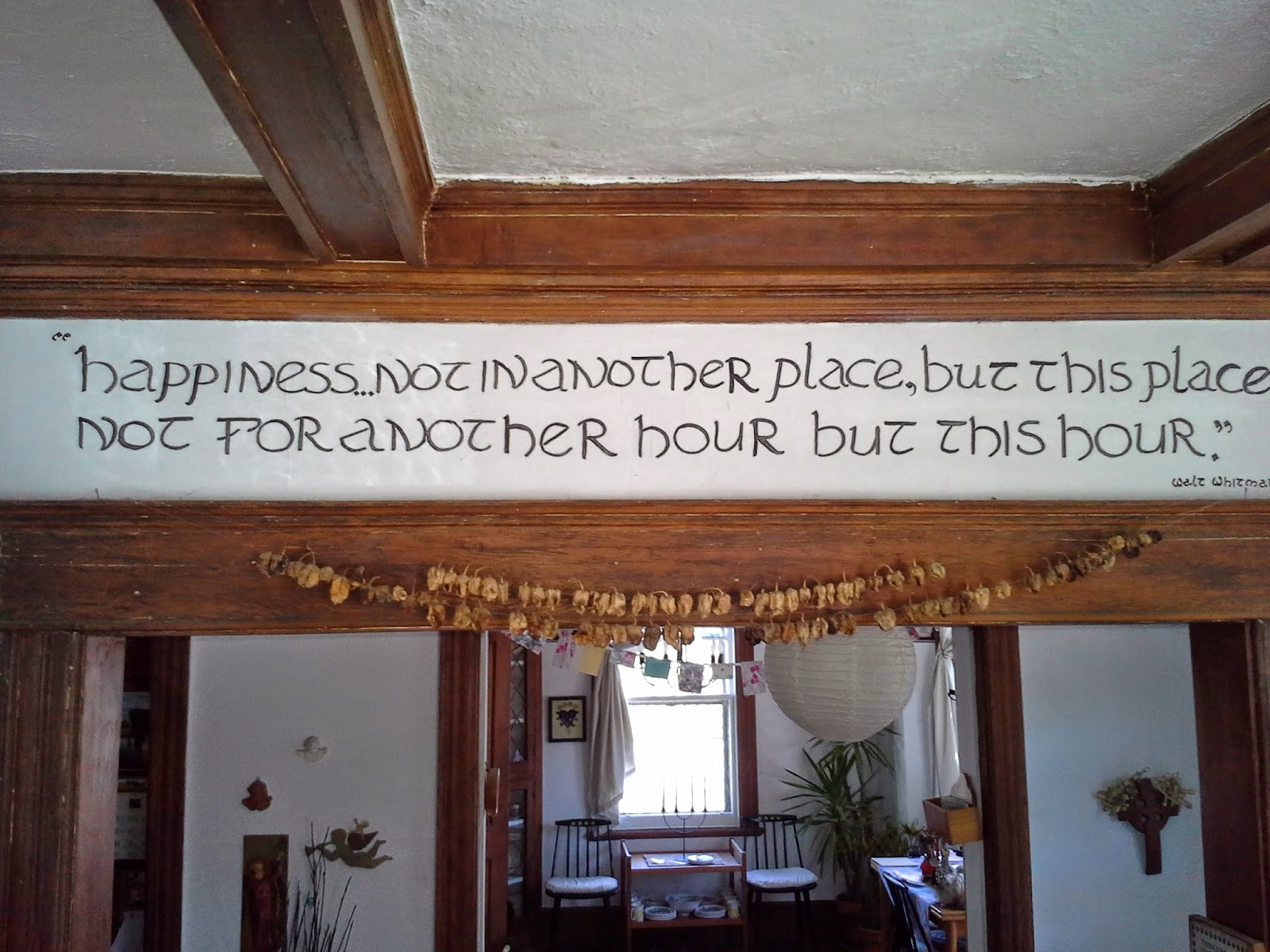 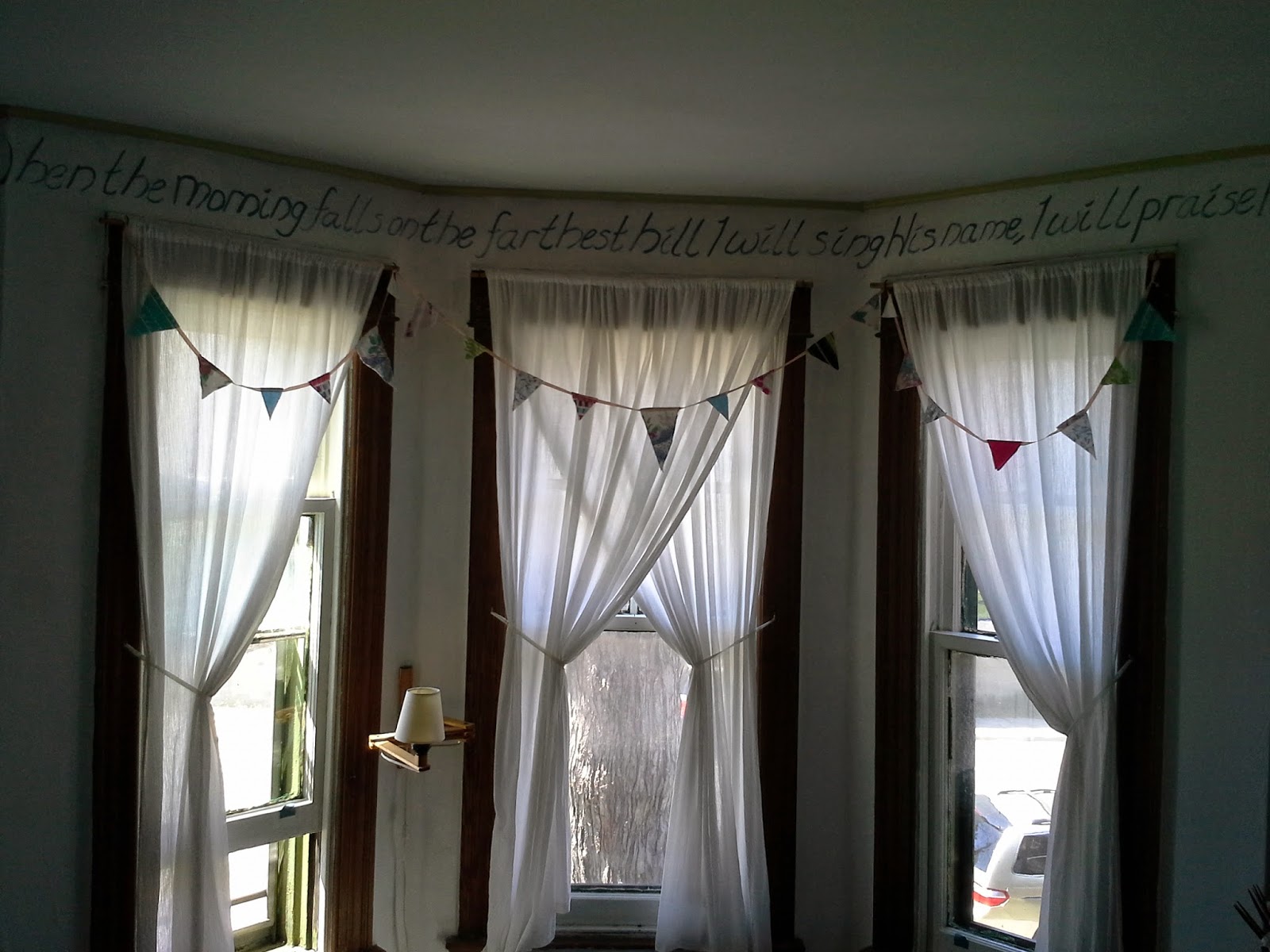 Over the years, I have chosen to use different fonts, brushes, pens,ink and paint to inscribe texts on various walls in our home. Some are Christian Poetry, some lyrics from Worship Songs, these pieces are both visual art, in their composition and tangible reminders, which offer prayer, praise and poetry in this place. 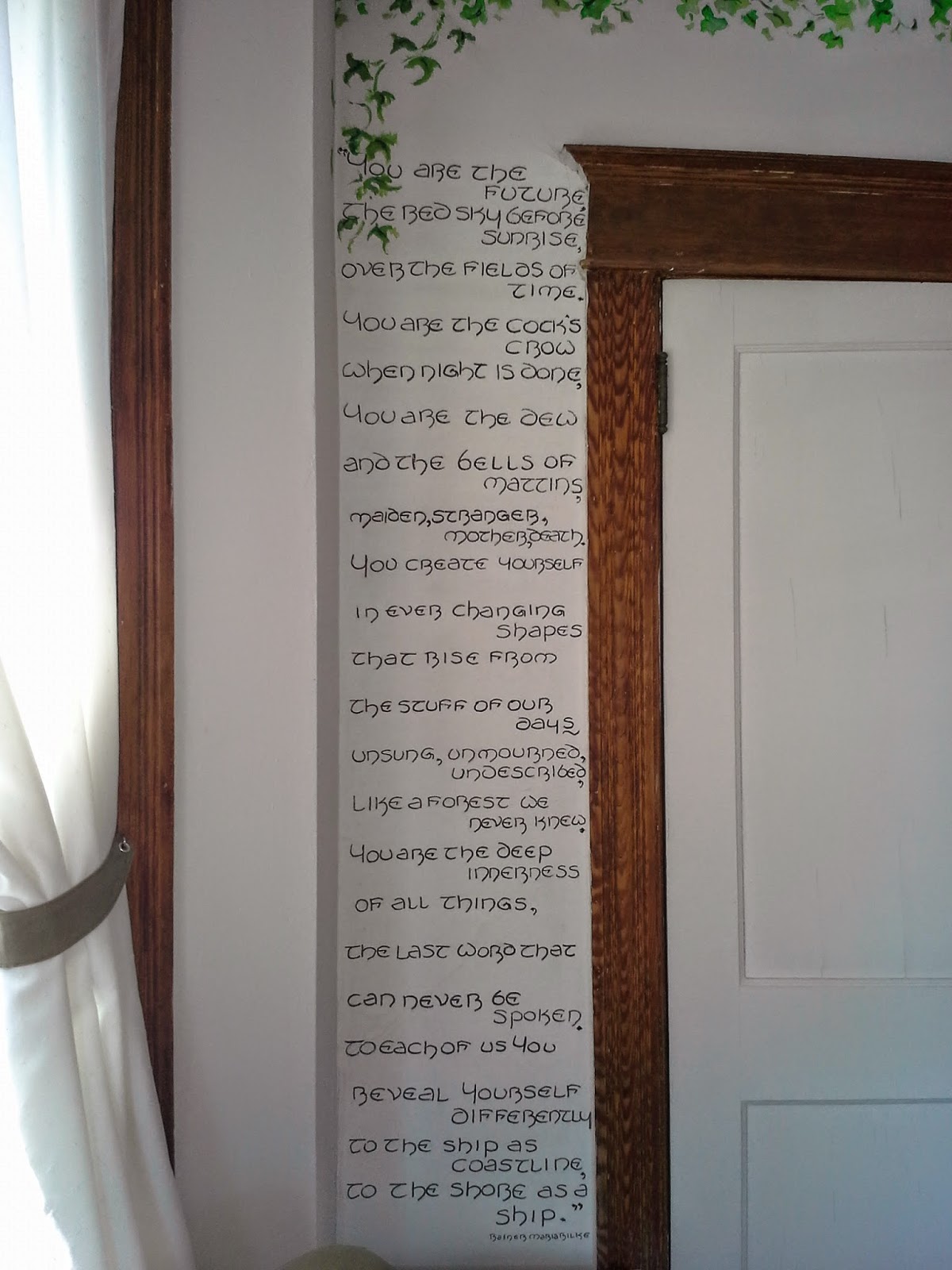 It is my prayer today, that all of us who were present could take away, at some level a desire to dig deeper into the great treasure trive of Christian artistic expression and find words to offer back to the Lord as our offering of prayer and praise.

Posted by Crosstalk Ministries at 21:35