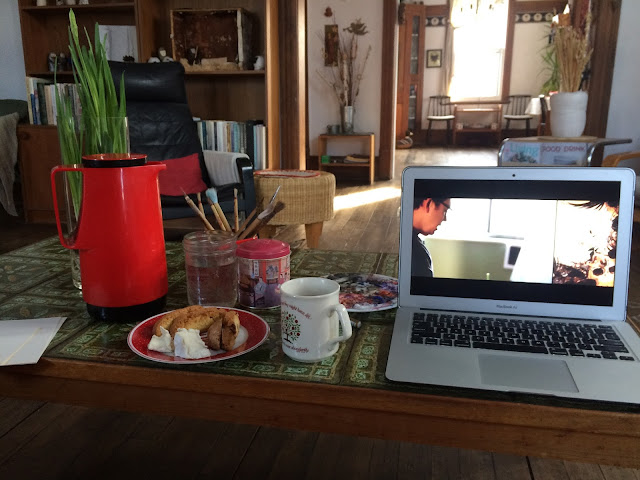 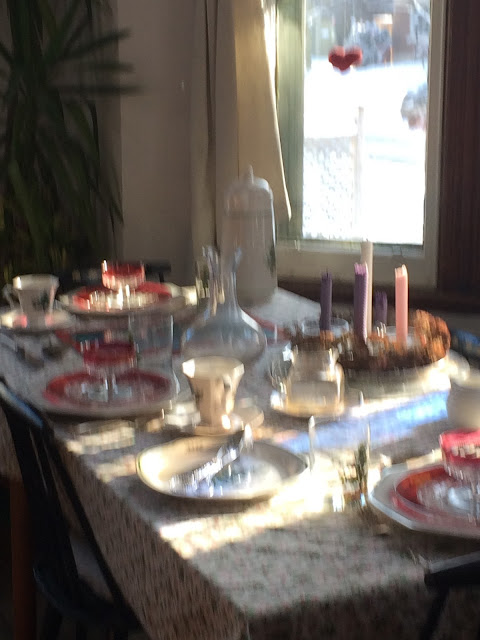 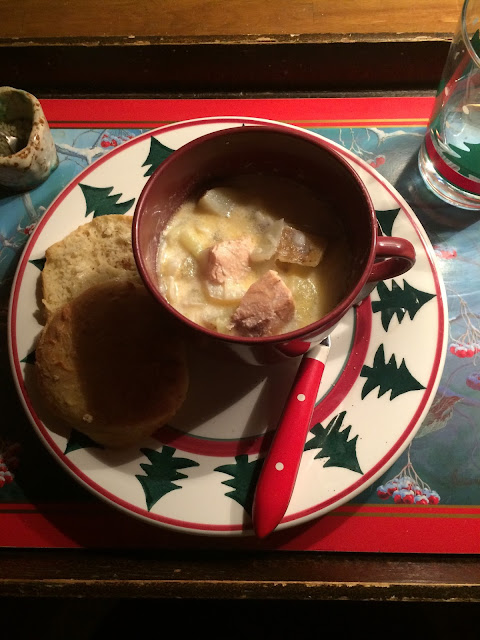 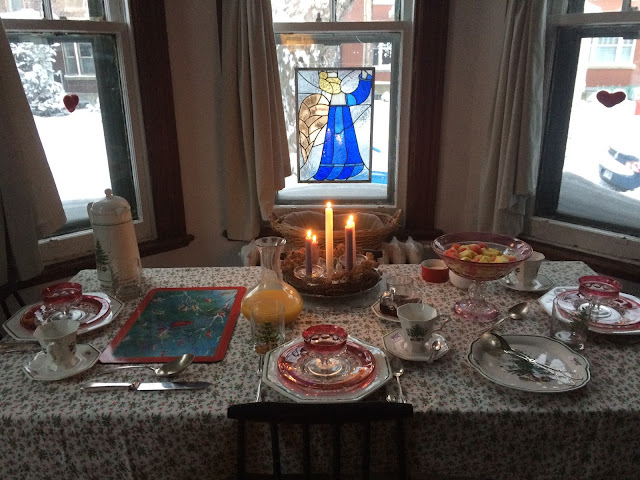 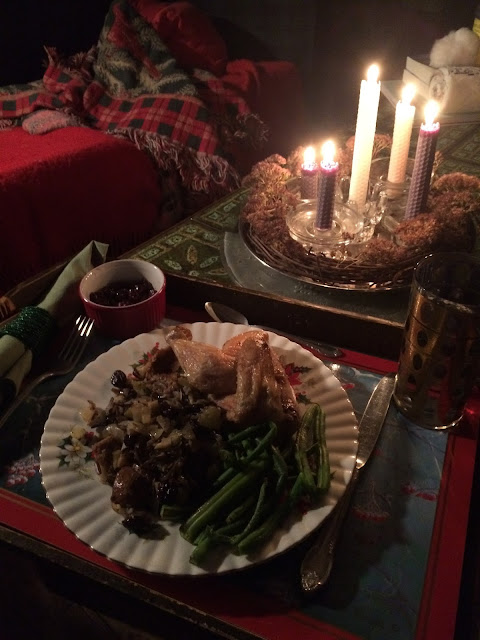 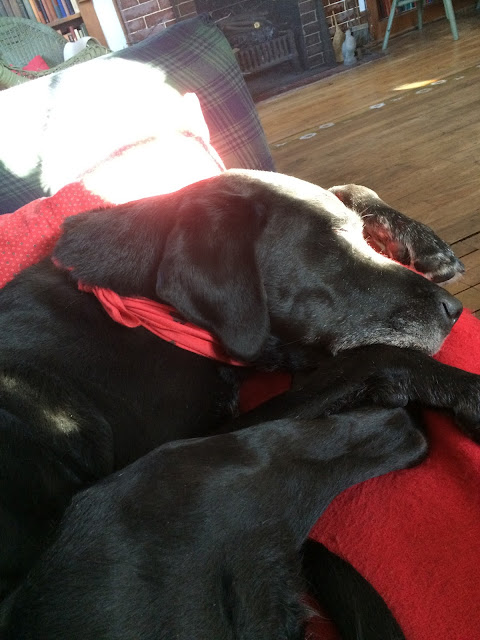 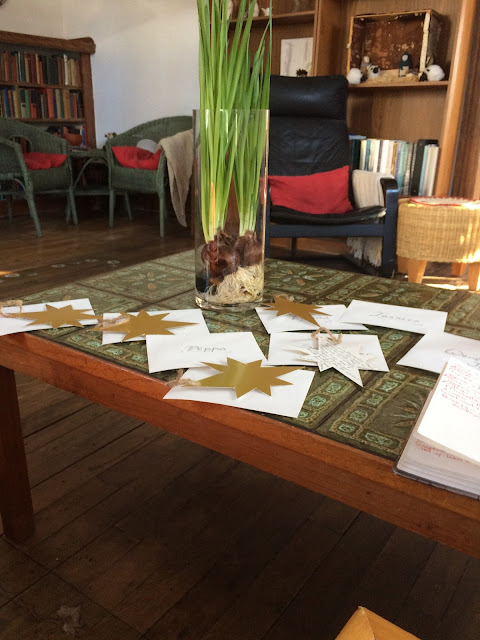 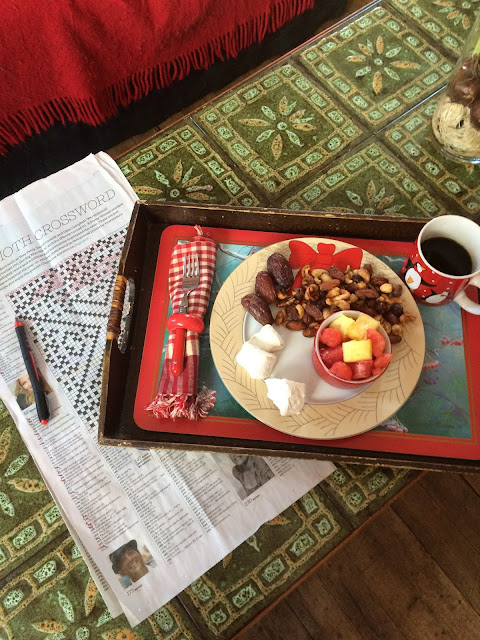 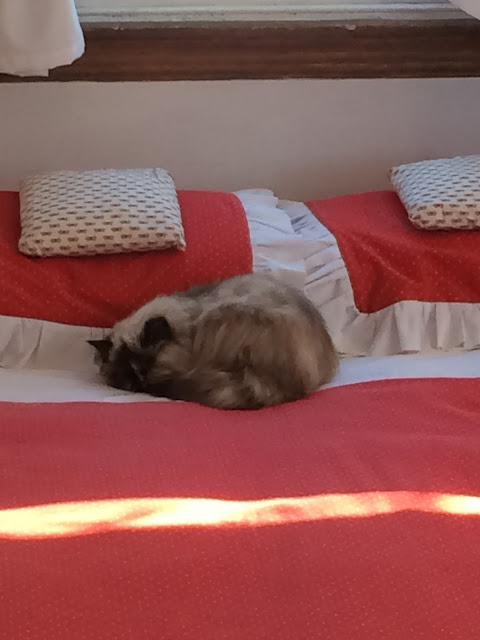 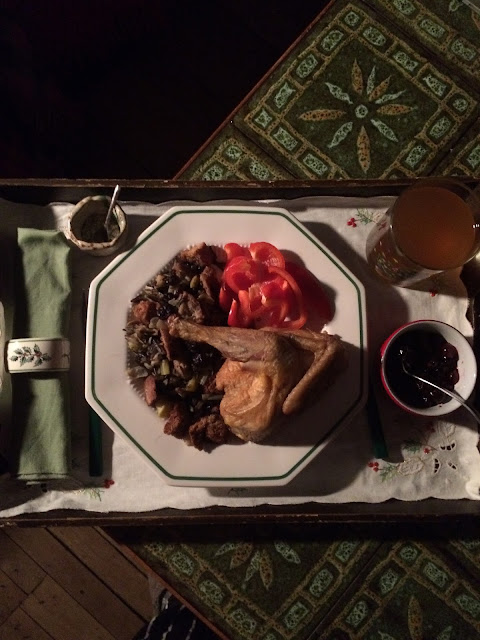 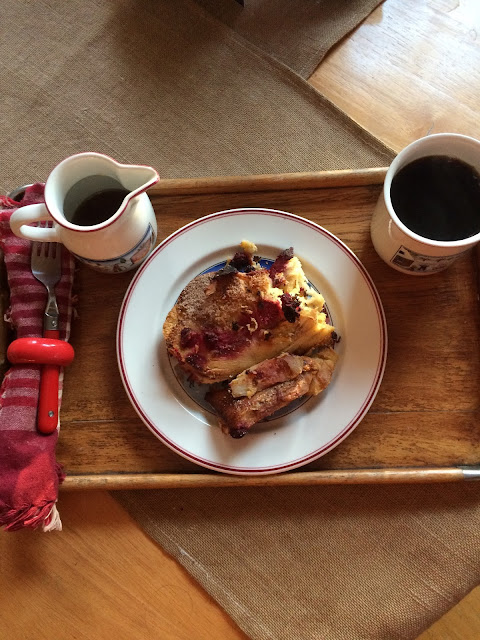 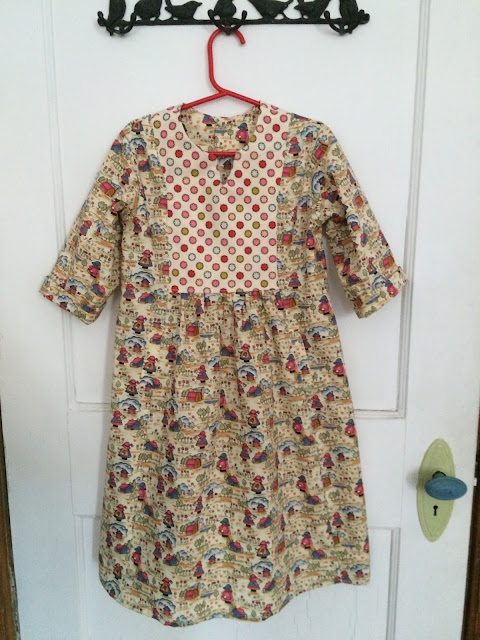 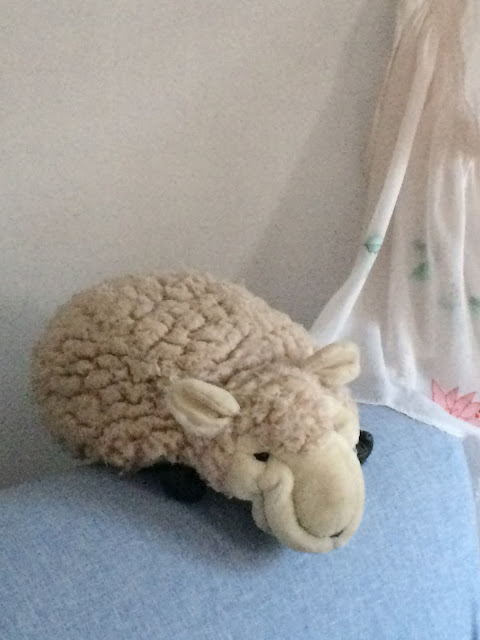 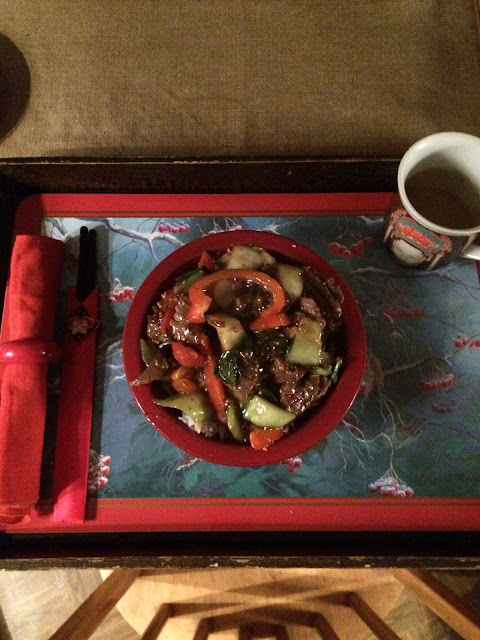 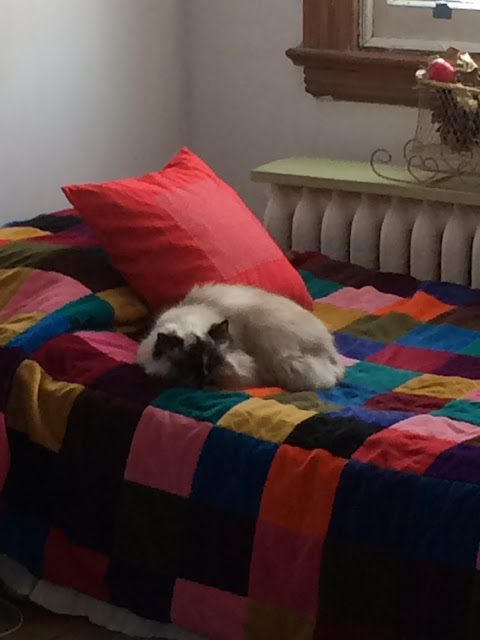 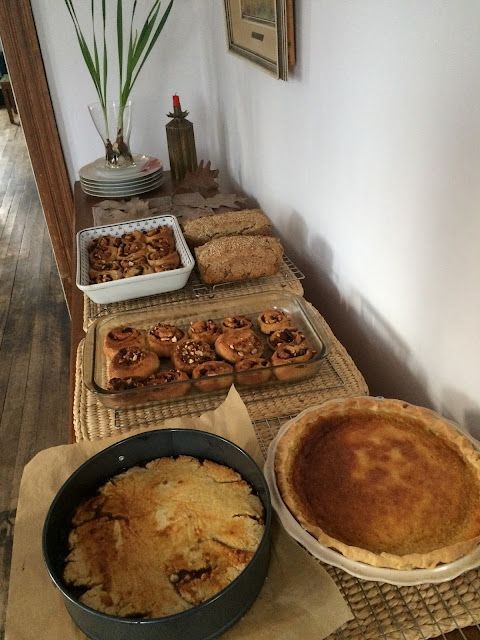 Christmas week is nearly over and it is hard to believe that it I will soon no longer be writing “2017” at the top of this blog!
Christmas Eve was a lovely mix of calm and frenetic! After a peaceful, reflective morning church the Brady family came to visit in the afternoon, my godson, Tighe was really happy when he opened his Thneed and insisted on wearing it when they were leaving 😊
That night we had a ton of snow so it was actually a good thing I had set my alarm for an early start  Christmas morning because, after popping the Pear and Raspberry French Toast in the oven I headed out and had the front path and driveway shovelled out by 8am!
At 830am Alexander and Sarah arrived for Christmas Breakfast, Alexander carrying a shovel with which, after our leisurely meal, he cleared the back path while Sarah and I washed the dishes. Then they were off to other family events while I settled in for a day alternating between rounds of shovelling and quiet times to sit cosily with my furries, thankful for a warm home and kind friends.
By the Feast of St. Stephen Québec was in the grip of an Arctic cold front that is STILL hanging on, meaning that, with windchill, most days the temperature has been around -30º. Since that day I have also been going each morning to feed a friends cats and even though it is only a few blocks away Wil and I have been glad to spend a little time visiting the kitties in order to thaw out before returning home. Thankfully my friend came home last evening so at least our short walks can now just be to the grocery store and back!
All week I’ve managed to fit in some bits of Day Camp work, as I just miss that world too much if I totally ignore its charms for more than a day or so  😊
As is my annual custom I took time to make the big Menu Chart for the Day Camp Team Retreat. And was able to feel just a bit warmer while pondering dishes best suited to a hungry crowd of young people on hot July days!
I also spent a couple of afternoons making a birthday dress for Seren and am pleased with the result; I just hope she will like it too 😊
Thursday afternoon Victoria drove down from Ottawa with her three boys so I was able to give my other 3 Godsons their gifts in person. Considering small boys are not usually too keen on receiving clothing the older too were really pleased with the cosy hoodie and sweatshirt I had made, immediately putting them on and wearing them home, while even 2 year old Andrew was eventually persuaded to open his gift, even though he refused to wear it (sigh).
Today has been another “Bake & Blog” including an order for a pie for a friend’s family dinner, my weekly gluten-free order for Sue and some cinnamon buns because I couldn’t let Christmas go by without cinnamon buns!
The next couple of weeks are filled with a host of different events, including next Saturday's Epiphany Team Gathering, Jillian’s Wedding,on the13th of January and our thrice-yearly Praise & Thanksgiving Gathering on the14th!
I’m really relishing these last couple of days of peace and quiet  😊 and will be sad to begin the Changing of the Decorations during the coming week.
Well the last of the baking is about to come out of the oven but before I run we need a recipe.
Last evening I enjoyed a supper of Salmon with Potatoes and Red Onions… 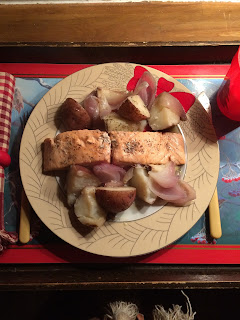 Peel and quarter the onions and cut the potatoes into eighths. Heat the oil in a large skillet over medium heat and brown the onions for 5 minutes. Add the potatoes, broth and half the thyme, bring to the boil, cover and reduce the heat to a simmer for approx. 20 minutes, or until the potatoes are just tender. Season the salmon pieces with pepper and salt and nestle between the vegetables in the pan, sprinkle with the rest of the thyme, cover and steam for about 8 minutes or until the fish is opaque.

Posted by Crosstalk Ministries at 17:25