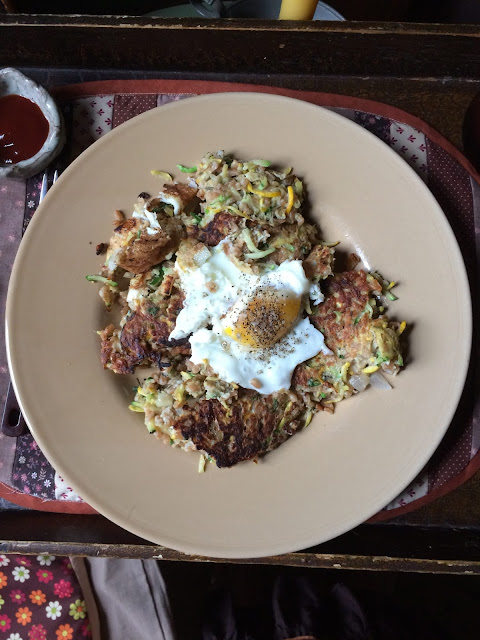 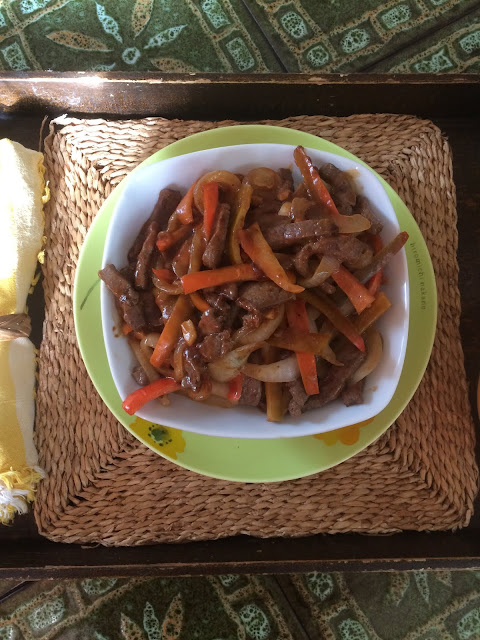 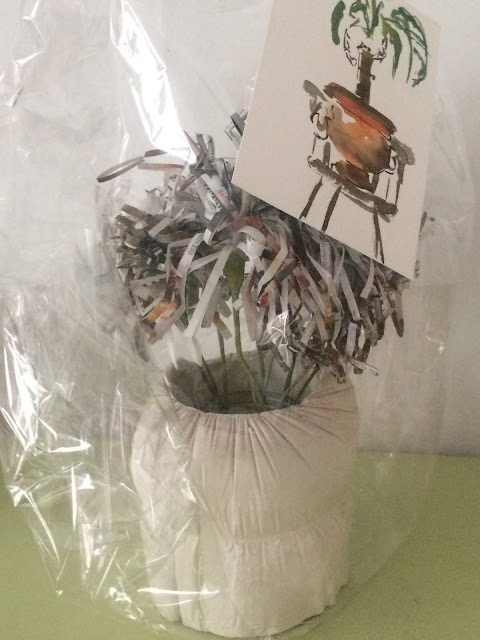 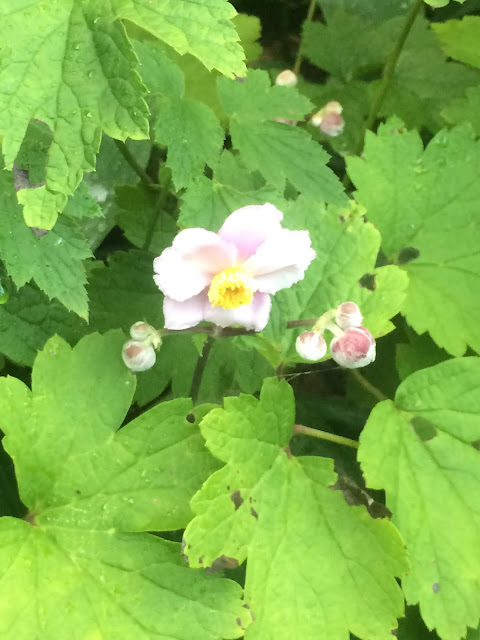 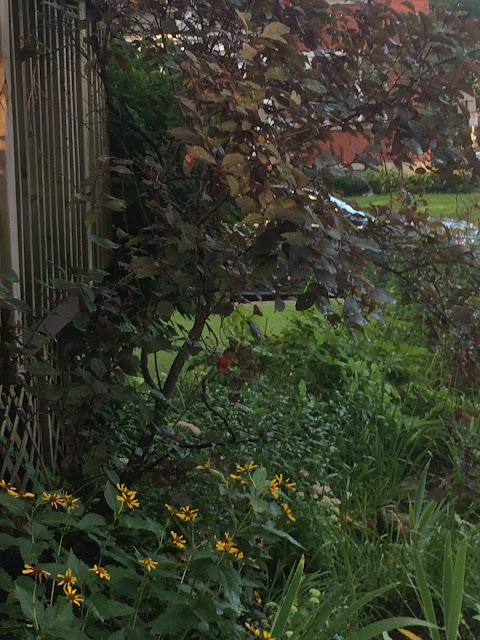 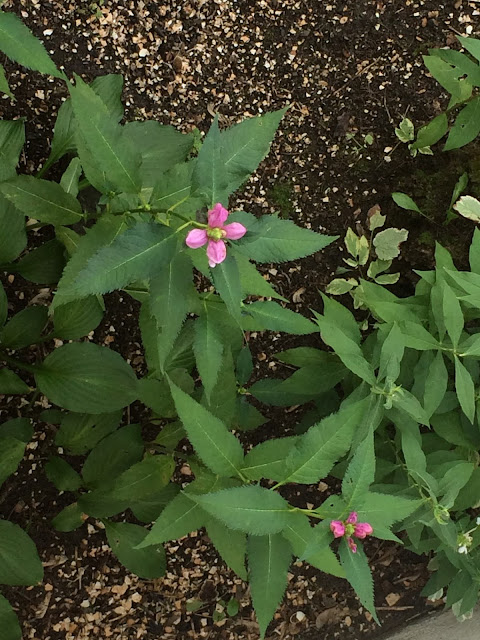 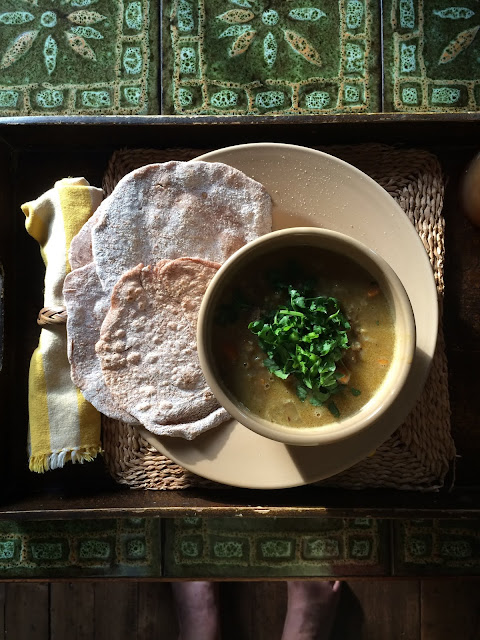 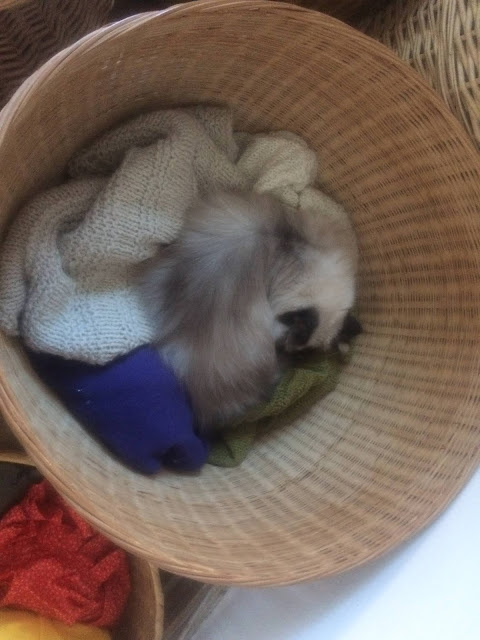 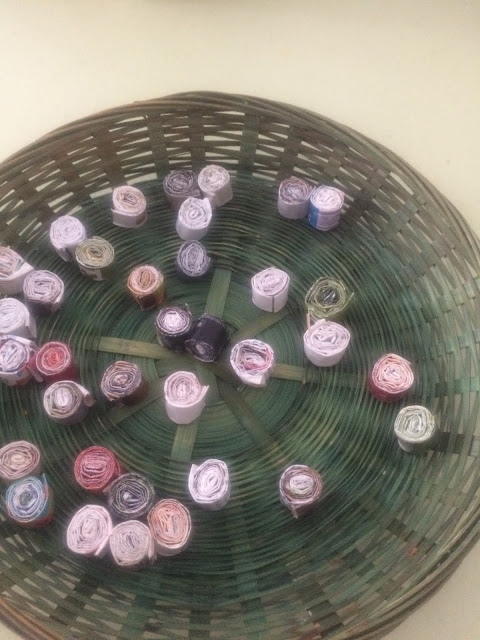 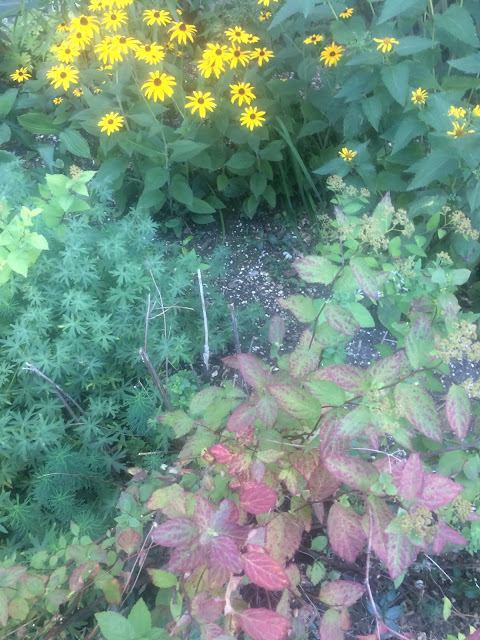 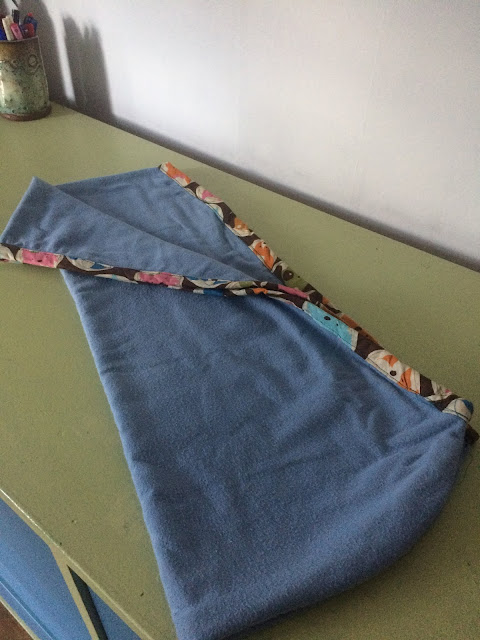 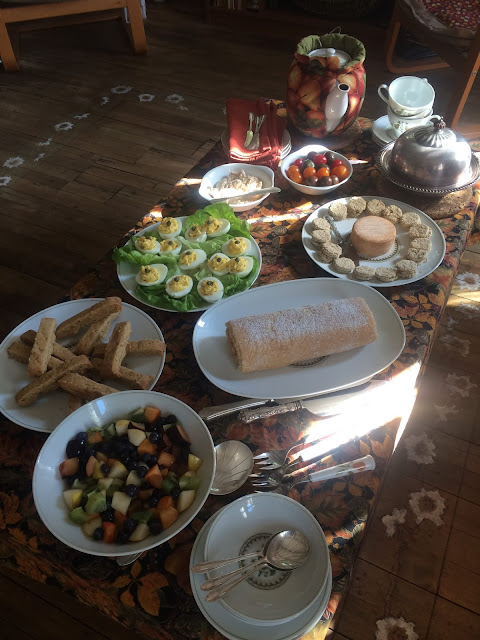 Yes, it is a cliché, but this week has truly sped by so quickly I just don’t know where the time has gone! Of course part of that is due to having a 4-day workweek because of last Monday’s Labour Day holiday. So I guess I’ve really been playing catch up since then 😊
Day Camp work is entering into a season with a more steady and deliberate pace. There is now time to collect ideas and thoughts for the coming year with the added benefit of still being sufficiently connected to the summer just past not to miss important details that need to be remembered and stored away.
Early in the week we experienced yet another nasty heat wave, which peaked on Wednesday with temperatures of 35º and humidex readings in the 40’s. But Labour Day was a bit cooler and I was able to work in the garden and read and also do some sewing of another baby gift, this time a “peanut sling”.
Tuesday I launched back into office work still dealing with invoicing from Day Camps, correspondence, typing up agendas and minutes and continuing to prepare for the Praise & Thanksgiving Gathering, happening next Saturday.
Wednesday, I switched my office time to the afternoon and spent the morning cycling down to old Montreal (yes that was the hottest day!!) to visit the gardens adjacent to Notre Dame Basilica where Jessica has been working all summer as part of Innovations Jeune’s “Urban Agriculture” program. These gardens are in the grounds of one of the oldest buildings in Montreal, built in the 1600’s and which now houses a small museum plus a residence for retired Sulpician Brothers. Over the summer months Jessica was responsible for a Team of young interns from Innovations Jeune who worked to weed the many overgrown beds and learned about planting, pruning and dividing of all sorts of perennials. The interns have now returned to school but Jessica is continuing there until October. The summer was so manically busy and HOT it proved impossible for me to visit before this week and of course the day turned out to be just as hot as it was in July. Sigh. But I made it down there early in the morning ahead of the worst heat. Unfortunately coming home was not as pleasant as there is always a ton of construction going on downtown and getting back to the bike path from Old Montreal proved difficult especially in the broiling noonday heat.
While down there I was able to give Jessica some advice on dividing Day Lilies and she gave me a tour of the whole property after which we sat in a shaded and shared home-baked snacks that each of us had brought. 😊
Thursday morning I was washing my breakfast dishes when the power suddenly went off. It was a lovely sunny morning and there were no workers on the street so I texted a friend in the neighbourhood and their power was off too. No electricity meant no WiFi so I decided to switch my day around again and headed outside to mow the lawns (thank goodness I use a manual push-mower 😊), thinking that by 10am or so I could begin my usual work. As I was mowing my CTM “boss” Nick Brotherwood called and said he had gone over to use the internet at the library and that the power would not be on again until mid-afternoon.!! This was a bit of a problem as Jillian was coming for lunch and I was thawing some nice corn chowder for our meal. A hurried check of my pantry produced a tin of salmon so I was able to make a salmon salad instead. Whew! Fortunately the power did come back on around3pm and so I did get a bit of correspondence done before dinnertime.
Yesterday was my first morning back on my school year job of overseeing their breakfast and walking the Brady children to school. Since that task is over by 9am I was finally able to spend a full morning on CTM work but right after lunch switched over to baking since this afternoon is my Spanish Inquisition with Rebecca and Luke at 5pm.
I made a jellyroll with raspberry jam filling, Scottish oatcakes to go with chees or a salmon spread, Brown Sugar Shortbread fingers and a pan of Ground Cherry Squares. The last item was for dessert last even when Jenna came for dinner. Jenna has been away for a large chink of the summer at two different work-related conferences, one in South Africa and the other in Buenos Aires so I hadn’t seen her since July. She brought me a lovely gift of a beautiful bicycle bell, which she had got for me in Amsterdam. I’ve just finished installing it, Woo hoo!!!
So this morning, after a weekend cat-feeding assignment and a trip to the bank to make a deposit for CTM, I have been continuing preparations for the upcoming Inquisition. My guests will be arriving at 5pm, since as is usual on such occasions; I will be serving High Tea.
Soon I have to dash over and (hopefully) retrieve the outdoor cat, put her in my friend’s house for the nigh and hurry home again to put the kettle on for tea. But before I go I’ll close off with my Mum’s traditional Jellyroll recipe. Do try it; it is well worth the effort 😊 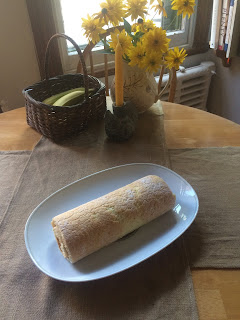 Line a 10x15” baking pan with parchment paper, grease and then flour it.
Place the eggs in a largo bowl and beat with an electric mixer for 5minutes or until pale and thick. Slowly beat in the sugar, water and vanilla. Whisk together the flour, baking powder and salt. With the mixer on low speed beat the dry ingredients into the mixture.
Spread the batter evenly in the prepared pan and bake in a 325º preheated over for 12-15 minutes.
While the cake is baking lay a tea towel on your work surface and dust it with icing sugar.  As soon as the cake comes out of the oven flip it carefully onto the towel and peel off the parchment. With a sharp bread knife trim the edges to remove the crusty edges then, working from the shorter end, roll the cake in the towel and place on a rack to cool.
Once cool unroll the cake and spread thickly with jam. Reroll and place on a serving dish. Dust with icing sugar just before serving.

Posted by Crosstalk Ministries at 16:26