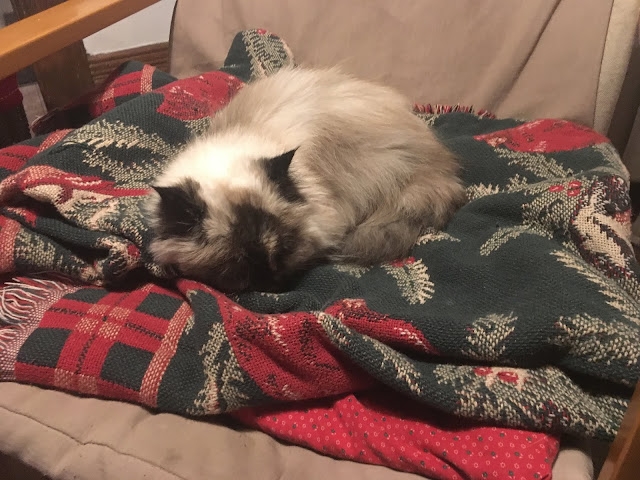 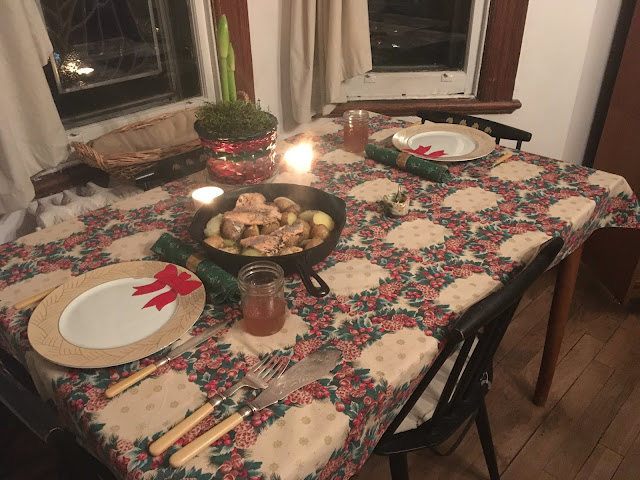 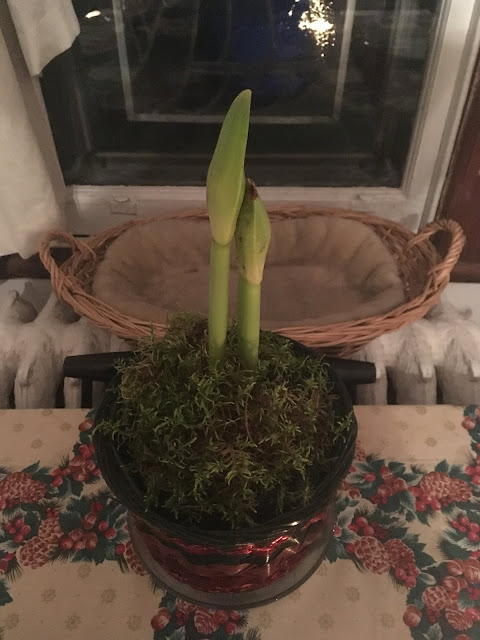 Only 3 more days until Christmas!
Let me first hasten to explain that the dearth of seasonal photos in today’s post is due to the fact that my iPhone (aka CAMERA) stopped functioning two days ago and it will be a while before a replacement can be organised. The cell phone I have been using for several years was gifted to me by a dear friend who was updating her own cell at the time and knew I had been very frustrated by using an android, which was not compatible with my Mac Laptop. The phone has been WONDERFUL!!!! Besides providing 24/7 service for Crosstalk Ministries it has also given me such amenities as an alarm, flashlight, clock, watch, camera, weather reports etc.
Everyone knows how addicted many people are to their phones and I suppose I am no different, however I do not use mine to play video games or follow FaceBook and since I am frequently alone outside shovelling snow or gardening or just walking everywhere to do my shopping, I must admit to feeling safer when I know I have a device in my pocket I can use in case of emergency.  But enough whining….
The week has been filled with all sorts of events and activities. It was my boarder, Steven’s last week in Montreal so s he tackled a number of exams at language school we also tried to squeeze in as many lunch and dinner guests as possible so that he could say his “good-byes” 😊
Sunday evening, we enjoyed High Tea with Sophie, a former Day Camp Team Member whom Steven knew through Inter Varsity (there were some nice photos on the phone, now lost forever, sigh). Sophie is studying to be a Medical Doctor and soon to begin a 2-year residency somewhere in Canada; it was great to catch up with all she has been doing.
Then Monday evening Jenna joined us for dinner, Jenna had mentored Steven, just over a year ago, prior to his walking the Camino.
Tuesday was our monthly Day Camp Committee meeting, with all but one member able to be present. Steven was with us over dinner and then headed upstairs to study, while we launched into the business meeting. With all that is going on this year in the Day Camp world our meetings tend to be long and jam-packed with all sorts of important topics to consider and this meeting was no different. Thankfully Jillian took some great minute that have already been circulated allowing us all to keep up the momentum as we enter into 2019 😊.
Wednesday Steven was out for dinner with friends so I took the opportunity to continue with intensive Christmas Baking- currant cake (a gift for friends), the weekly batch of GF bread for Sue, buckwheat shortbread from a recipe Jenna had shared J, granola (always seem to be baking more granola) and a Pavlova for dessert the following evening.
Thursday was pretty zooy, with the early morning demise of my phone 😟
Steven had asked if he and a cellist could practice that afternoon here as they were perform a duet for the language school’s Holiday Concert. I suggested we invite David to lunch first, which invitation he gladly accepted. After lunch they held their rehearsal while I headed out for grocery reinforcements and then hosted my long-time friend and neighbour Barb to Latté and cookies at 3pm. Last week Steven had asked to dinner a young Syrian Refugee, recently arrived in Montreal. Steven knows Bero’s sister through Inter Varsity as the family has lived in BC since coming to Canada four years ago. At the last moment Bero was unable to come a week ago and so came this Thursday evening. He is such a nice young man. He told us all about the Syrian Maronite Church he has already joined and who are doing a great job building connections for the refugees community in Montreal. He was also very keen on Mandu (his family in BC has 2 cats) who graciously sat on his lap for about an hour after dinner. I think Bero is a real “cat-whisperer” 😊)
Yesterday was Steven’s last day at school, including the aforementioned concert. Chelsea joined me for the afternoon so she could catch up on last Sunday’s Pod Liturgy. The three of us watched the video portion together over bowls of peppermint cocoa and snowflake cookies and then Steven worked on his packing while Chelsea responded to the Imago Divina with a painting and I cooked (of course)
Finally Steven and I enjoyed dinner and a quiet evening together as he needed to be up this morning at 530 in order to catch his 645am train to Toronto. I got up to make him a last cup of tea and see him off, before returning to bed for an extra hour and ma now ready to launch into my final Pre—Christmas “Bake-a-thon”. So it is time to close off with quick recipe and to wish everyone reading this post a Blessed Christmastide.
The Christmas Pavlova is simple to make, is such a pretty dessert for the Holidays plus is uses up egg whites! 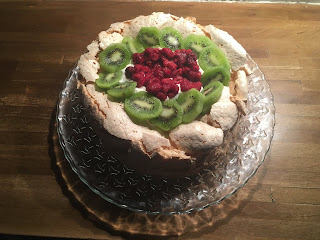 Place the egg whites in a large bowl and beat with an electric mixer until soft peaks form. Slowly beat in the sugar until the mixture is shiny and stiff peaks form. Gently fold in the vinegar, cornstarch and vanilla using a large spatula.
Place the ring from a 9” spring-form pan (do not use the base piece) on a baking sheet lined with parchment paper. Mound the meringue in the ring, building in up around the sides. Place in a 275º preheated oven and bake for 2 hours until crisp and lightly browned. Turn off the oven and leave the meringue to cool to room temperature in the oven.
Remove the ring and carefully pull off the parchment paper. Set the meringue on a large flat serving plate.
Whip the cream until stiff and mound in the centre of the Pavlova. Decorate with sliced kiwis and berries. Serves 6-8

Posted by Crosstalk Ministries at 19:07