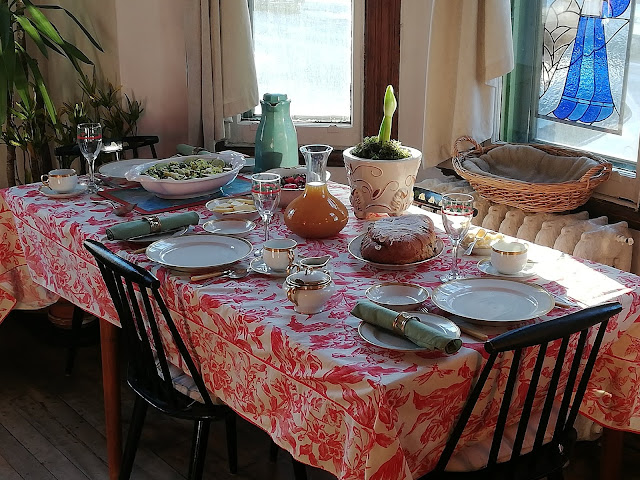 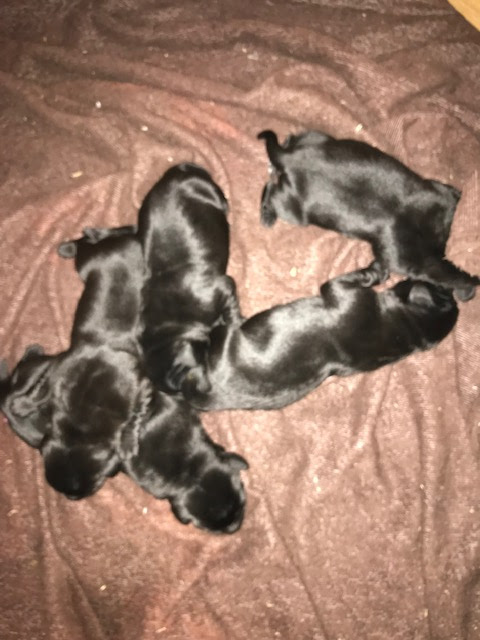 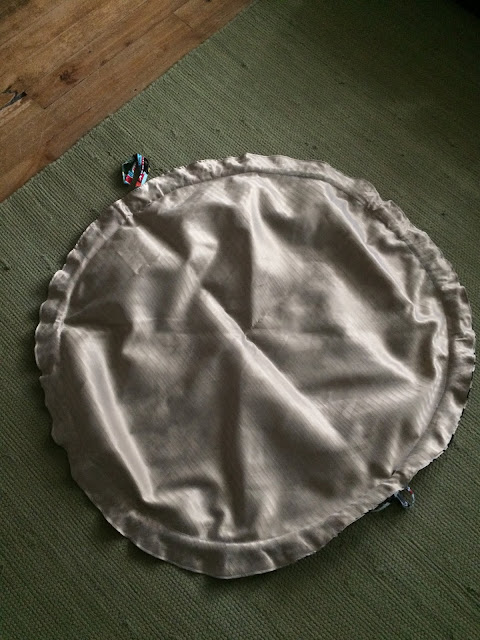 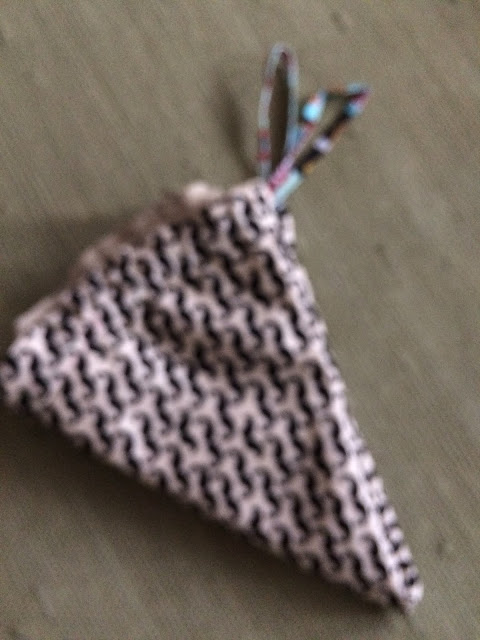 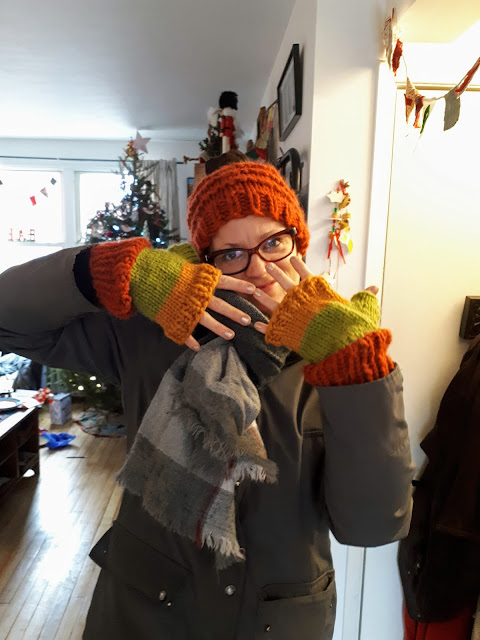 The last blogpost for 2018!
I had really hoped that by now we would have moved the blog to a different platform but so much has been happening since the summer, in the little world of Day Camps that reorganising of the blog has had to take a temporary back seat 😊
As you can see from the woeful lack of photos, my iPhone saga continues without yet being resolved. Two different friends have indicated they might be able to help me by providing an older phone but so far neither has been in touch again (no doubt due to Christmas) so I am sort of in limbo at present, not quite sure what to do. The problem HAS to be resolved within the next week, as the CTM office will open up again on January 7th. Meanwhile, I’m sorry there is only 1 Christmas Day photo (Breakfast with Alexander and Sarah) but the second photo, sent to me this past Thursday is of the litter of puppies, born Christmas Day, one of whom will be my new furry companion, Thomason Grenfell 😊. There are 3 males and 2 females in the litter and as you can see they are ALL black! I’m not sure if the breeder will preselect the pup coming to me or whether I will have an opportunity to choose. I am excited, of course, but still missing my Wil so very much, especially during these holidays when I am home alone without his presence next to me.
A number of friends have come by for visits. Last Sunday the Pod community celebrated the 4thSunday of Advent with the last in the Imago Divina series, then on Monday my family friend and advisor, Brian, stopped by to help with some small household repairs and to bring me a plate of Bouchées from their “Cocktail”, which I had helped to cater.
Christmas morning I got up super early to go and feed Linda’s cats and then hurried home to make the special Breakfast for Alexander and Sarah. I had done as much prep as possible the day before but still had to make fresh coffee and cook the Asian Kedgeree. We had: - Mango Peach Juice, fruit salad of watermelon balls, kiwis and pomegranate seeds, Stöllen with Emmenthal Cheese and lots of coffee!! They arrived just after 830am and stayed a couple of hours.
After that big meal I didn’t want much lunch, but heated up the bouchées, which were a perfect small treat.  In the early afternoon the Bradys came to visit. They always come on either Christmas Eve or Day so that Tighe (my Godson) can open his gift from me (the Lego Mat-see above!). His mum, Pippa also receives a gift, this year fingerless gloves to match the three hats I made for her birthday last winter. She really likes them😊
Later on Christmas Day I had agreed to help Pippa’s Mum, Sue, as she and Nick were hosting 16 family members to dinner and just could not cope with the 1 year old Golden Doodle puppy who was also staying with them for 2 weeks!! So Nix arrived in the late afternoon and spent the evening with me. She was SO well behaved and we enjoyed many furry snuggles until I walked her back to the Brotherwood’s house at 9pm. An interesting Christmas Day, for sure 😊
Wednesday morning Josiah and his one-year-old daughter Effie came for a morning visit so that he and I could discuss his plans to advertise for Day Camp Team Leaders at Wycliffe College where he is currently working on his M.Div. Degree. Josiah is a former Team Leader and committee member who, thankfully, still has a real heart for Day Camps; we will be praying that this possibility bears fruit. Later that afternoon my neighbour Caroline, dropped in for coffee, she parks her car on my driveway as their house down the street does not have any parking and since I no longer have a car, the arrangement works out well.
Then on Thursday Jenna joined me for lunch and it was lovely to catch up and hear about all of her plans at Christian Direction, we exchanged gifts and ate Clam Chowder and Angel Biscuits by the Christmas tree.
Yesterday (not surprisingly!!) I had no visitors since we had a horrible day with heavy snow followed by freezing rain and then rain, making outdoor conditions VERY treacherous. It took me an extra 20 minutes to pick my way over to feed the cats and I then spent 2 hours at home shovelling ice and snow, quite a workout!
This morning I slithered around the neighbourhood delivering Thank you notes for Christmas gifts to the homes of several friends as well as feeding the cats for the last time as Linda and her husband are coming back from their country house today.
After lunch I’m planning to do some baking again, since all the visitors have been eating into my various goodies 😊
As mentioned above, I have been enjoying Clam Chowder on several occasions over the past week. It is great winter fare! 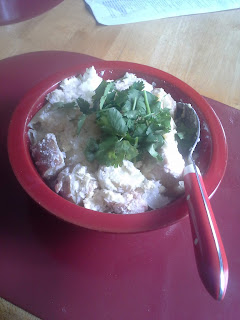 In a large soup pot, sauté the bacon until the fat is rendered and it is starting to crisp. Add the onions and cook until softened. Add the diced potatoes, the strained liquid from the tinned clams and enough water to just cover the vegetables. Bring to a boil and simmer for 10-15 minutes or until the potatoes are just tender. Stir in the clams, milk and cream and simmer gently until heated through. Add salt and pepper to taste and serve, garnished with parsley. Serves 6-8 and freezes well (if there are any leftovers 😊)

Posted by Crosstalk Ministries at 17:11