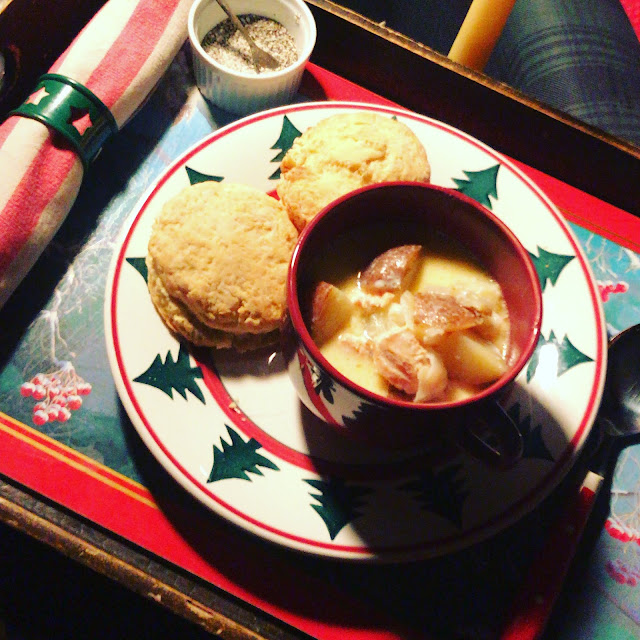 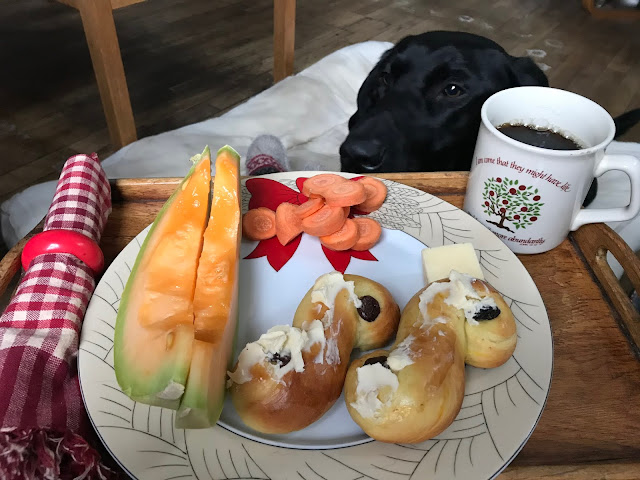 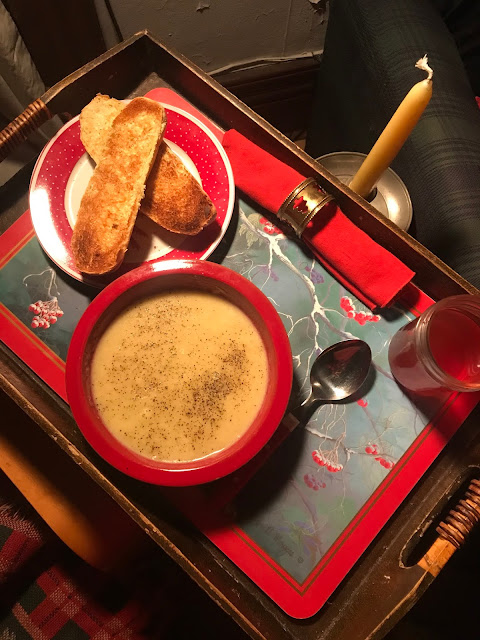 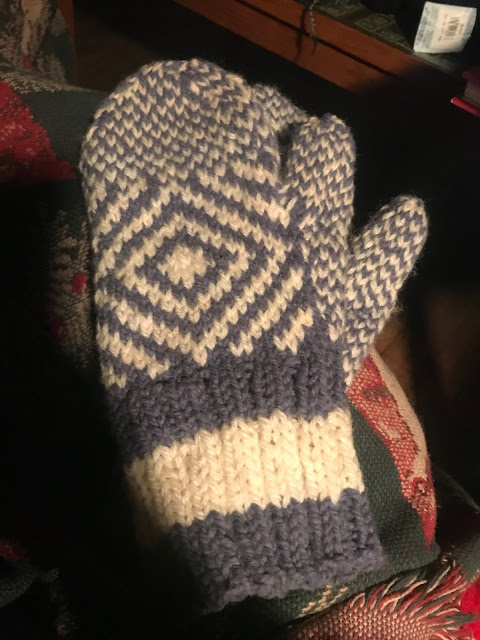 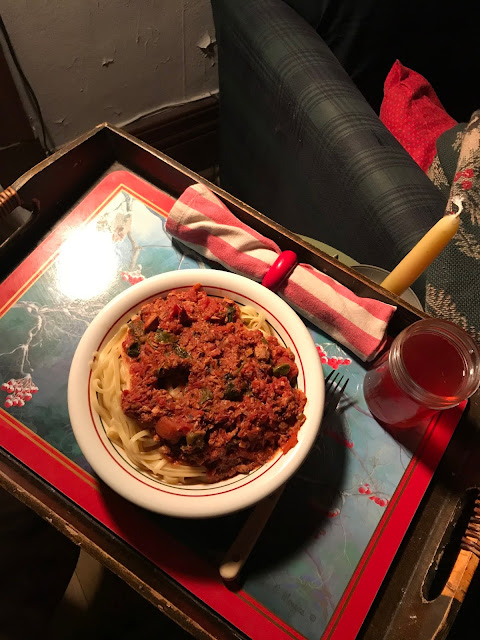 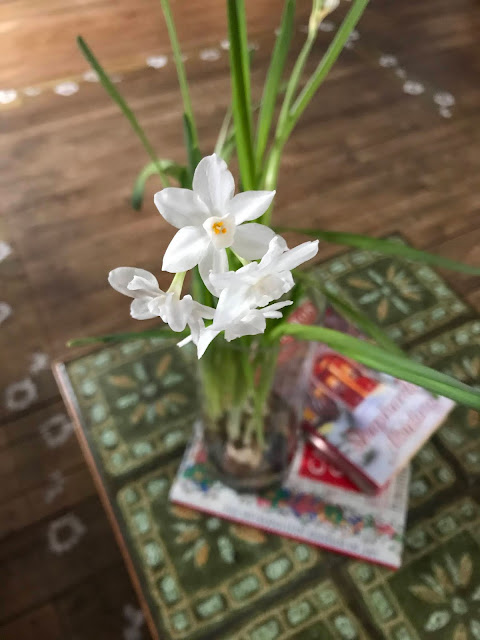 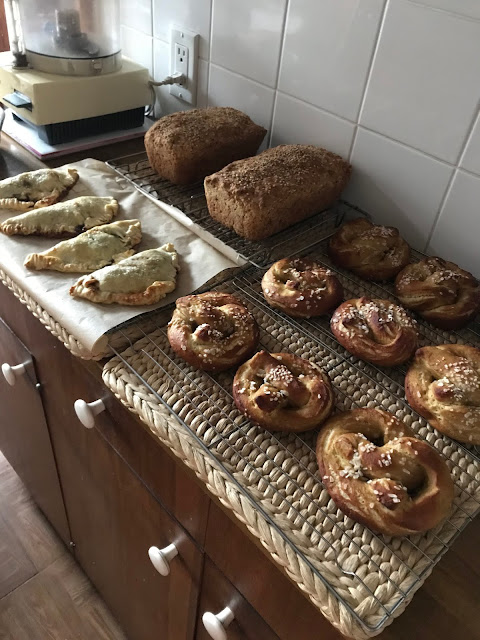 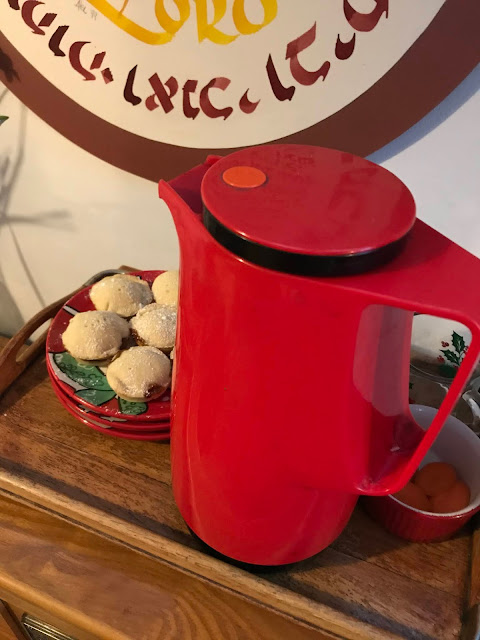 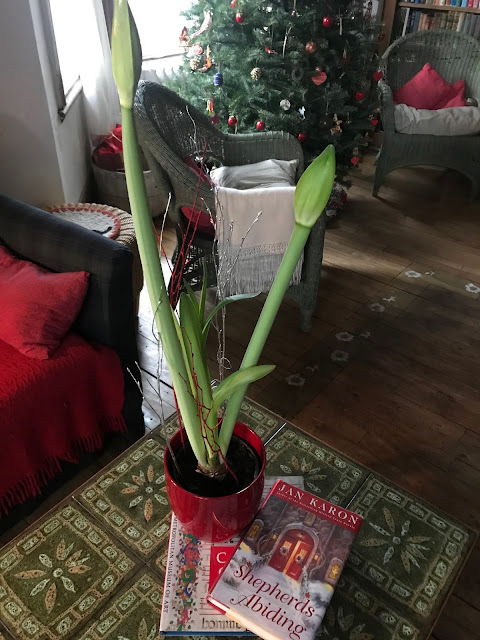 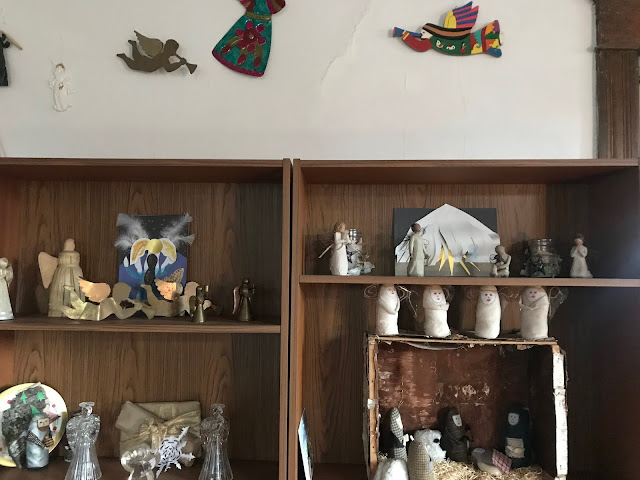 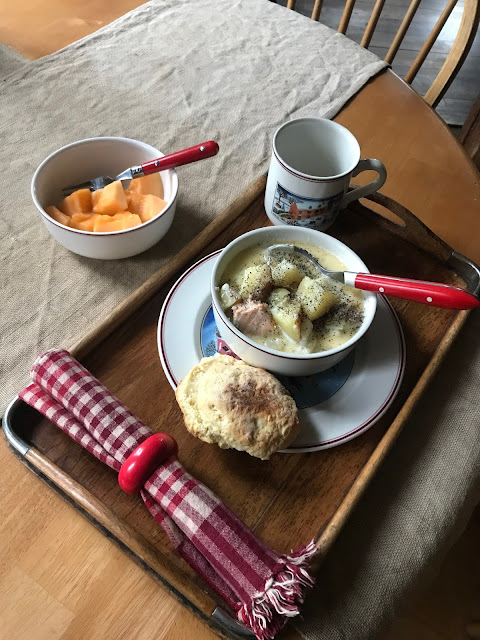 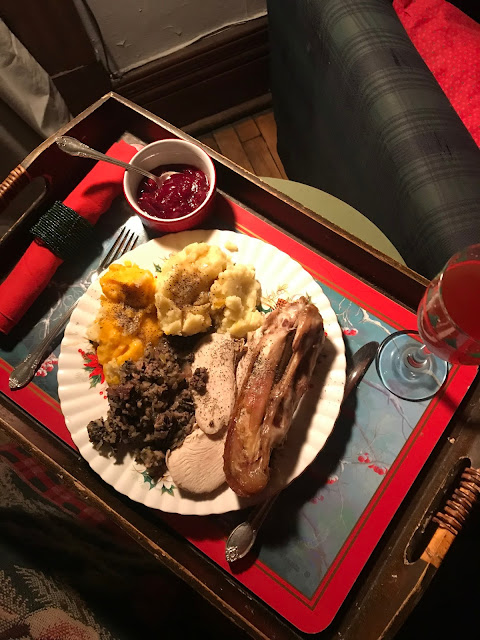 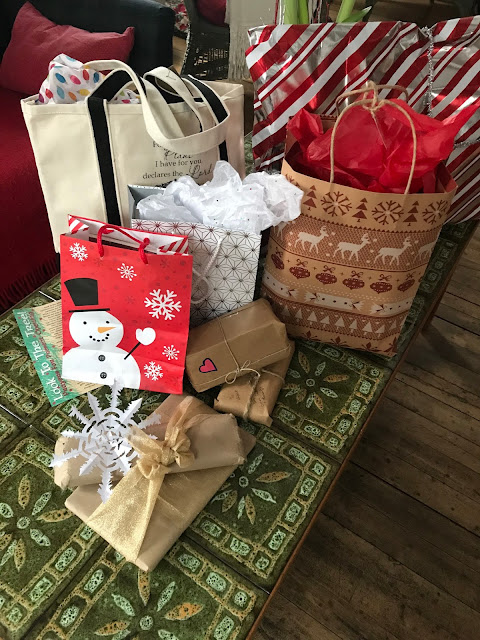 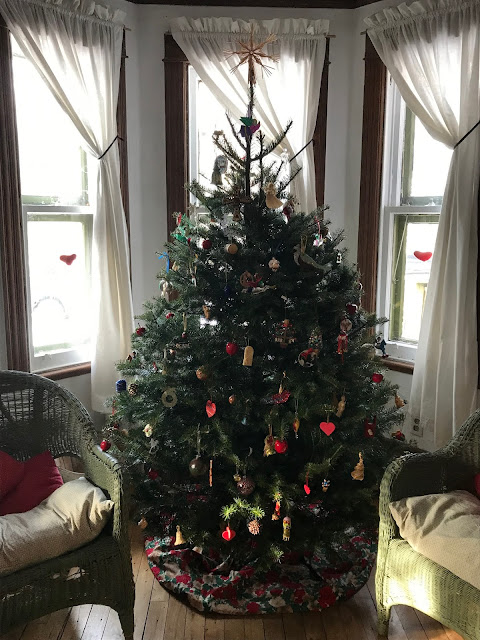 Today is the Feast of St. Stephen and it is quiet and peaceful in the house. This has of course been very much a “stay at home” Christmas although over the past few days several friends have kindly stopped by with gifts and I have been able to have short visits over coffee or tea (carefully social distanced, of course!)

Wednesday evening our family friend Brian delivered a beautiful Christmas tree. The scene was quite chaotic as Jessica arrived at the same time on her way home from work so Thomason went wild and I had to tie his leash around my waist and hold on tight while Brian brought in the tree (accompanied by quite a lot of unwanted wet snow!!). Jessica was able to hold it in place while Brian got it in the stand and then they both enjoyed the plate of mince pies I had prepared. Brian also bribed Thomason with a few tidbits, which eventually improved his behaviour. After Brian left Jessica stayed on for a short visit and when she was gone I got out the ornaments and set about   decorating the tree! The Crosley Entertainment Centre even decided to cooperate and thus I enjoyed Carols while working. It was a late night!!

Yesterday was supposed to be quiet but, again, things turned out differently 😊

Many years ago my dearest friend, Michelle, coined the phrase “ just a quiet afternoon at the Taylor’s” which was sort of code for “everything was chaotic at the Taylor’s!!” and yesterday afternoon lived up to the description.

The morning started off peacefully enough as I watched a video of Lessons & Carols from Magdalene College Oxford and listened to excerpts from Messiah on the BBC followed by the Queen’s Message. Committee member, Christopher, who is spending Christmas alone in Winnipeg emailed to suggest we FaceTime during the afternoon, which sounded very nice as he had promised to show me his Christmas Tree decorations (largely Ancient Greece symbols, he has a PHD in Classics!!) Meanwhile the Brady Family messaged to say they would stop by at 330pm for an outdoor gift exchange (their son, Tighe is one of my Godsons). I was also expecting a delivery of Christmas Dinner, which, like my Thanksgiving Dinner, was being gifted to me by Bishop Mary (ALL organic food!). Not know exactly what time the delivery would occur, I was getting a bit anxious that “planes were stacking up over Chicago” (North American metaphor for those blog readers in other countries 😊) It seemed best to suggest that Christopher and I should   FaceTime quite early, after which I would quickly feed Thomason his supper before the Brady’s visit.  Meanwhile Jenna sent a text saying she had her sister’s car for the day and could she drop by around 4pm with a gift (you can see where this story is going 😊).

The visit with Christopher went off well and we had a good chat. I then hustled Thomason out for a pre-dinner wee and rushed in to feed him. The Bradys arrived minutes later so I threw my coat and boots on, grabbed the bag of gifts and rushed outside (this is when things got nasty) . It was lovely to see Pippa, Paul, Malachi Seren and Tighe and the very best gift was when Pippa and I threw caution to the winds and had a hug!!!! The first hug I had received since last July. While visiting I was worried as to what Thomason might be getting up to, sadly when I got back inside I discovered he had stolen off the buffet, my gift for Bishop Mary, shredded the fabric gift bag and was getting started on the hand knit Newfoundland mittens. AGH!!!!!!!

Just then Jenna arrived at the door and I received a text from Mary saying her husband was on his way over to deliver my dinner. Thomason was going berserk at the arrival of Jenna and I was trying to see if I could salvage the mittens. Jenna helped corral the dog while I frantically searched for matching wool to mend a small hole in the thumb, which Thank God, appeared to be the only damage, however another message announced that Mark would be at the house in 5 minutes. So I abandoned those mittens and collected an extra pair from the stash I had knitted, swapped out a fresh gift bag and tag and was rewrapping the gift as Jenna dealt with accepting the dinner at the door!!! After Mark left Jenna and I cleared up the chaos in the kitchen and set aside the food in a SAFE place, dragged the dog into the living room and I then managed to serve coffee and cookies while Thomason, who was still VERY excited, barked his head off and the cat kept crawling under the Christmas with the imminent danger of knocking it over-

Once Jenna departed I arranged the food to heat up, put on my pyjamas, ate dinner, vegged for a couple of hours before our last walk of the evening and then thankfully crawled into bed.

Thus I plan to open my gifts this afternoon.

No recipe this week as I am quite sure everyone is sated with a variety of Christmas treats.

May you be Blessed as we all celebrate a very different Feast of the Nativity 2020.


Posted by Crosstalk Ministries at 14:39